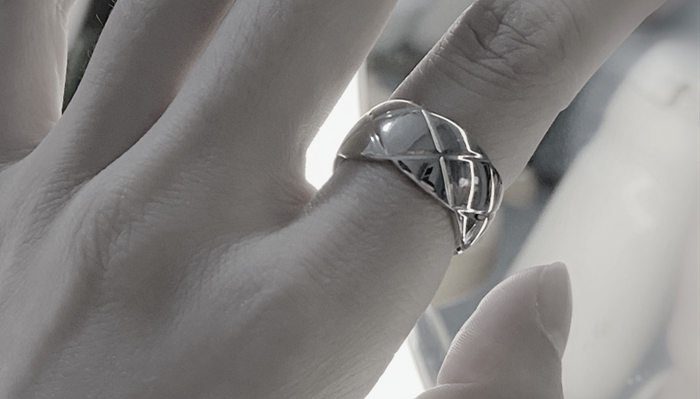 Ever stopped to look up and read about the actual history of jewelry, along with the timelines that marked the beginning of different styles and the circumstances that might have led to their development?

The cultural, social, or even political changes that might have led to different types of jewelry?

Well, in this article, we’ll help you understand different aspects of the history of jewelry and the reasons why some classes of jewelry were more endearing than others.

Here, you will learn about the surprising and also rather fascinating history of jewelry, and just how impactful jewelry was to societies then, and how it continues to affect society today.

How did jewelry originate? 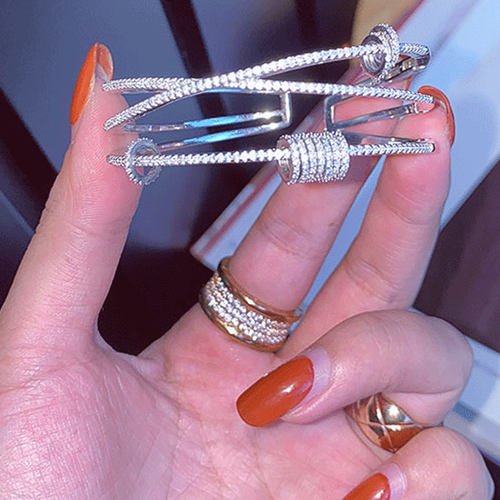 As mentioned above, the history of jewelry is as fascinating as it can be confusing, but what stands out is the fact that jewelry really is, as old as one of the oldest civilizations, with the evolution of styles of jewelry, techniques, and even fashions giving off a fascinating peel into the past periods and how people wore jewelry.

The big question, however, is, how did jewelry come to be? Who came up with the idea of jewelry?

Interestingly, the answer to this question, like many other questions about human civilizations, seems to stem back to Iran and The Mediterranean. It is believed that the earliest traces of jewelry date back to the civilizations that boomed in the Mediterranean – which is the Modern Day Iran, back in the 3000-400BC.

The jewelry made and worn at the time was made of the simplest of stone amulets and even seals with spiritual meanings. The jewelry came in floral and star designs, and though they’d be worn by a select few, most of the jewelry from this time was actually offered up to the gods.

The jewelry would also be used to dress up different statues. One of these statues is the Royal Tombs in Ancient Sumner, dating back to 3000BC. The decorated statues have also been found in mummies that have been encrusted with some of the most elaborate types of jewelry to have been made and worn at the time. These include necklaces, headdresses, rings, earrings, pins, and crowns.

But beyond these first accounts and shreds of evidence of jewelry adornment, it would appear that jewelry might as well have come into existence the first time man walked on earth, albeit without the sophisticated designs.

The ancient people made their jewelry using bones, feathers, shells, as well as colored pebbles. The colored pebbles were particularly common because these gems were admired for their durability and their beauty. Diamonds weren’t common then, and the first account of diamonds appears to date back to Europe in the 1300s. 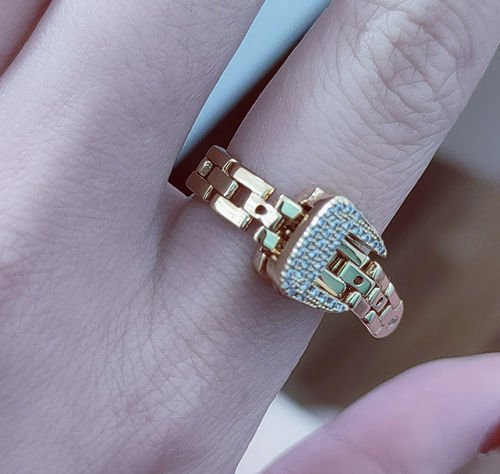 So, exactly when did humankind start wearing jewelry? Well, the earliest accounts indicate that jewelry dates back to about 25,000 years – a simple necklace that was made of fish bones was discovered in Monaco in a cave.

This necklace is believed to have been worn by either a witchdoctor or a chief of the village or even a princess as a trophy to her husband following the birth of a son.

Of course, we may never really know why people wore jewelry then, but it’s evident that jewelry was a crucial aspect of many societies.

Some of the reasons we believe people wore jewelry could be to do with developing a sense of identity and self-esteem, trophies from hunting and for good luck, perhaps, and in other cases, they may have been worn to show rank or respect for specific individuals in society.

Who were the first people to wear jewelry?

The people of the ancient worlds in Africa and the Mediterranean are believed to be the first humans to wear jewelry between 3000 and 400BC.

The Egyptians, for example, wore talismans and amulets that carried different meanings. They also adorned their leaders and the mummies, as well as places of worship with some of the best jewelry. 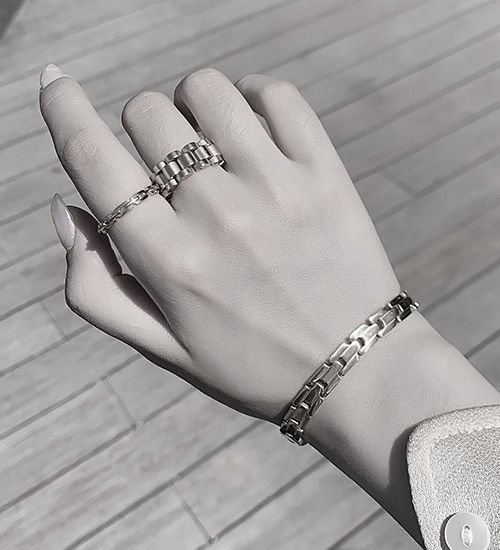 How was ancient jewelry made?

Without advanced tools or techniques and materials for jewelry making, ancient jewelry was mostly made of the materials naturally available at the time.

Bones, shells, feathers, and even colored pebbles were quite common in jewelry making, and these were used often because of their durability, strength, and the fact that they made unique pieces of jewelry.

As the human race advanced, jewelry and adornments would be carved not just from stones but also from teeth, bones, horns, and claws – this was particularly common among hunters, who believed that wearing adornments that were byproducts of their hunts would bring them good luck for the next hunting sessions.

Later on, there was the use of seals and amulets carved in beautiful star and even floral designs. Precious stones like amethyst and turquoise would then be used later by the Egyptians. The ancient Egyptians are also believed to have been the first ones to make use of metals like bronze to make jewelry and adornments.

Improved jewelry designs and materials are evident to have been used not just in Egypt but also in Greece, Bahrain, and they were also used and made by the Romans and the Byzantine Empire. 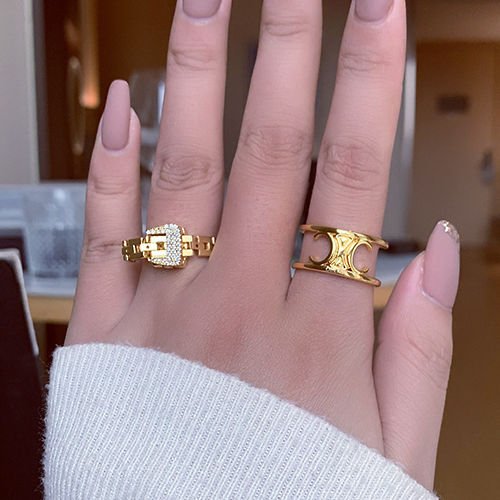 Now that we have the basics out of the way let’s take a look at the jewelry historical timelines.

110000 – 73.000BC – This could easily be the period when jewelry first became a thing in the world. In this period, jewelry and adornments were made of seashell beads and dried seashells – these are the earliest forms of jewelry known to mankind.

4400BC – this era saw the production of some of the oldest pieces made of gold, and they were made by the very ancient Thracian civilizations.

5000 – 30BC – During this time, there is evidence of the use of copper, and it also marked the beginning of the jewelry production era. In the Badarian culture, for example, it’s evident that the Egyptians used alluvial gold for jewelry production. In Southern Egypt, however, this period saw an increase in the use of jewelry made of ivory, gold, and lapis. This era also saw the use of gemstones like carnelian, amethyst, feldspar, chalcedony, as well as turquoise. The other thing that stands out from this period is the fact that there was a lot of soldering, as well as glass production.

2750 – 1200 BC – This period saw a higher level of sophistication in the jewelry-making front, as the people living in ancient Mesopotamia started coming up with jewelry designs that were based on cones, grapes, as well as spirals. There also were a lot of gemstones like jasper, lapis, and carlenian used. Notably, in this period in Ancient Egyptian civilization, mankind started using cast iron, with the use of lost wax common around the 1500BC, Near East.

1400 – 1200 BC – During this period, it’s evident that there was a significant change in the jewelry-making scene, with an increase in jewelry made of gold as well as copper all across Egypt. Different gemstones came into use as well, especially with jewelry becoming one of the export goods on the markets then. Around 1300BC, the signet rings in the form of coats of arms or monograms were common, and these represented signatures – especially because people couldn’t read or write at the time.

This era also saw a rise in Greek Jewelry. This jewelry was inspired by shells and animals, and most of them would be adorned by garnets, pearls, amethysts, chalcedony, emeralds, as well as cornelian. And this being the early Herrapan culture that had to emerge during the Bronze Age from South China, there were huge advancements in jewelry designs, with the most conspicuous ones being enameling and embossing. This period also saw an increase in the use of silver for jewelry making. Then around 1200BC, engraving and molding would be introduced in Peru’s Chavin civilizations.

1100 – 600BC – This period coincides with the time when the Greeks started making their reminiscent cameos and intaglios, as well as iron hand tools. The introduction of these items paved the way for more sophisticated designs in jewelry making. At around the 800BC, the first jewelry made of diamonds would come to be – diamonds were already common in India, and they were exported to the rest of the world between circa 700BC and 600BC by the Etruscan civilizations. At this time, amber and sapphires were already used in jewelry making. Also, this was the time when the Greeks started using emeralds and Garnets in their jewelry.

500 – 400BC – This period saw the creation of brooches, amulets, seal rings, and talismans infused with coiling snakes and other animal designs by the Ancient Romans. There was also the use of garnets, amber, emeralds, pearls, diamonds, as well as sapphires.

400 – 1000CE – This period represents the Dark Ages, a period that saw the rare use of jewelry except by royalty and nobility. There were no real advances in jewelry designs or jewelry productions during this time.

1096 – 1496 CE – This period represented the wake from the Dark Ages, and it saw the rise of Medieval jewelry across the world – something made possible by the spread of religion, as well as a preference for cloth and hair jewelry made with rubies, sapphires, pearls, diamonds, and emeralds. These adornments became a common feature in religious ceremonies.

Around the same time, circa 1100 CE, China came up with the idea of cultured pearls, the goldsmiths in London started their guild, and the Gothic-Style Jewelry came around in the 1200s. By Circa 1450, table-cut diamonds made a debut, and this was followed by the French-cut diamonds not much later.

1500 – 1800 – These periods represented the Renaissance and the Georgian Periods that saw a rapid growth in the jewelry scene, all across Europe, as new diamond cuts came around, and Europe’s first lab for smelting ores was setup. The first mention of Beau Sancy Diamonds was at this time too. In the 1600s, the Baroque style hit Europe, and it had a huge impact not just on clothing but also on architecture. In 1650, there was the discovery of the Great Mogul Diamond in India, the discovery of the Peruzzi cut in 1700, and the discovery of titanium in 1791.

1800-1900 – This period saw the biggest changes and advancements in fashion and jewelry styles with great impact from the reign of England’s Queen Victoria. The Royal Ironworks of Berlin opened in this period, and the Dewey Diamond was cut in 1868, followed by the Tiffany Setting in 1886.

1939 – 1949 – Rise of the Modern Era and the invention of advanced, invisible jewelry settings. Embargoes on gemstones and the coining of the phrase – A diamond is forever in 1948.

1997 – Today – Contemporary jewelry featuring the most subtle and also the most sophisticated jewelry designs made using CAD technologies and the most versatile materials.

And there you have it – a look back at the changing jewelry timeline.

Thanks for reading. Hope this post helps you! For more reading, please visit here or here!