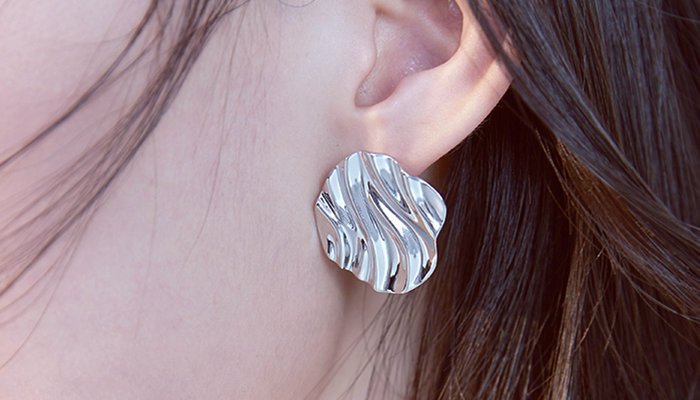 Are you thinking of getting ear piercings, but you are unsure about how society will view the decision made, especially if you are debating about getting singular ear piercings on your left or your right ear?

We understand that this can be quite confusing to you, especially if you never really thought much about it and believe that there should be limitations or rules on how you should accessorize. And with cultural or societal reservations around singular ear piercings, it makes sense that you’d need some light shed on the topic. Well, we are here to help you do exactly that.

And in this article, we’ll guide you in the right direction and save you from the confusion around the ear piercings.

So, let’s jump right into everything; you need to know the ear piercings and the meaning of the different kinds of piercings.

Oh, do not forget to read this post. We also cover ear-piercing tips for guys! Click the link to read more! 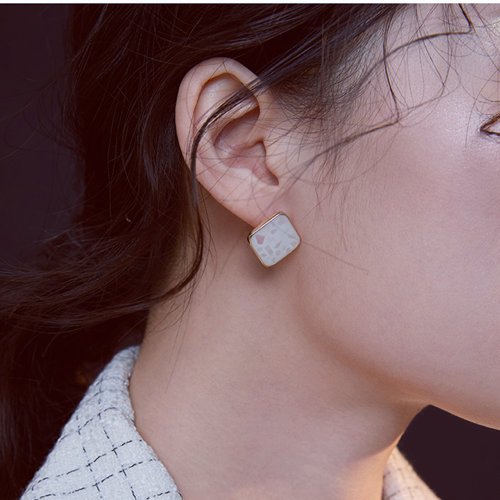 Essentially, there is no real meaning that is attached to an earring being worn in the left ear today, and anyone who wishes to wear their earring(s) on the left ear can do that without having to worry about derived meaning. But we understand why you would be concerned or want to know what the piercing on the left ear could mean.

This is important because you don’t want the meaning of the earring to be misconstrued – remember that in the 80s, guys wearing earrings was not considered the norm, and if a guy chose to wear the earring on the left ear, it was believed that it meant they were straight, while an earring (piercing) on the right ear meant that the wearer was gay.

At the time, it was believed that the left is right, while the right is wrong.

And though this fad and the associated beliefs lasted through a part of the 90s, it died out with things changing, and guys started having ear piercings on both ears, meaning that the right/left piercing meanings were no longer applicable.

Today, most of the guys that have just one piercing on one ear do that out of choice, although others still do this to show off what their sexual preferences are.

Other guys believe that doing this makes them seem more masculine.

So, what does this mean to girls?

It turns out that just like for men with ear piercings, the decision to only have their left ear comes from a personal desire to just have that piercing on your left ear and nothing more.

Perhaps you are more comfortable with the side of your ear, and you believe that your left side is your best side, and you do what you can to show off that side of you as you’d like. 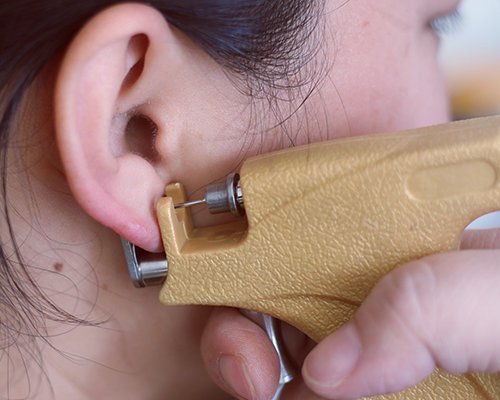 Some people might mistake a girl having an ear piercing on their right ear for a lesbian or just automatically assume that girls with right-ear piercings are lesbians.

But this is rather a hogwash, especially with the current liberated state of the world we live in.

At the end of the day, a girl who chooses to get a single ear piercing on their right ear is communicating their style preference but not their sexual preferences. It really is, just a piercing, and being pierced will not signify anything particular about what you prefer sexually.

But first, did you know that when girls have their ears pierced, they often have the left ear pierced before the right while boys will have their right ears pierced first because it of believed that the ears are specific points that will coincide with the masculine and the feminine halved of each person. This is so because it is also believed that the right side of your body is masculine while the other half is your feminine side.

So, what do different ear piercings mean?

Essentially, ear piercings date back to over 5000 years ago, as is confirmed by the existence of ice mummies from the Chalcolithic era.

This is further proven by the historical and archeological discoveries of the oldest human mummy, the Ötzi, that was discovered in Europe. This mummy had their ears pierced as well.

Then you have the Egyptians who also had ear piercings, as is evidenced by the holes on their ear lobes, specifically King Tutankhamun’s ear lobes.

So, what is the spiritual and cultural significance of ear piercings?

For children, the piercings were a celebration of important life events, with the most common ones being the fact that the piercings represented a form of spiritual protection – it is believed that spirits can take possession of someone’s mind through their ears, and piercing the lobes means that the impure/ evil spirits would not linger around that person’s body but seep through the piercings.

Despite the fact that the piercings have been around for a long time, piercings for women in the ‘modern’ world was largely unacceptable. And it wasn’t until the 1960s and 70s that the piercings became popular again, especially from many subcultures.

For the most part, ear piercings are an important statement of self and, for others, an expression of freedom and personal style.

Ear piercings are just beautiful decorations, and they do not point to anyone’s preference in terms of gender or sexual orientation. Getting ear piercings is all about personal taste.

But we cannot overlook the historical significance of ear piercings along with the fact that the piercings you may have could be your show of appreciation for the rich history of piercings and the body adornments that have been around for centuries.

If you plan to get your little girl’s ears pierced to celebrate an event like communion or baptism, or just to have your daughter wear your lovely heirloom earrings or birthstone earrings, you can comfortably do that too.

Girl ear piercings left or right? Or both?

For most girls, however, it is more ideal for getting both ears pierced. It creates a more balanced look; it’s easy to accessorize, and for people who believe that ear piercings on the left or the right ear, having both ears pierced means that you will not be singled out.

There are many stylish options of ear piercings that you could try out this year, and you won’t have to worry about the piercings being out of style or a little awkward.

Below are some of the piercing ideas/ options that would suit you well. this piercing might be slightly awkward because you will have the hoops hugging the cartilage from the inside of the ear.

Despite being a bold piercing style, the other thing you need to know about this piercing is that it has been rumored that this type of piercing could help in the alleviation of migraines.

Just know that this piercing takes a long to heal, and it may be a whole year before the piercing is healed completely.

this piercing goes on your outer upper cartilage, and it would be the ideal next step from the lobe piercing.

It is quite trendy, and you could also try getting multiple helix piercings.

The location of the piercing is cute, and it allows for some of the cutest and the unique earring placements.

this piercing is on the tragus or that tiny flap that covers your ear canal partially.

It’s a cute little spot for your ear piercing, and you could add a cute little earring to it, for example, a snug hoop, huggie, or a cute stud.

Note that the tragus is also a cartilage piercing, and despite being stylish, it can be painful and takes up to 9 months to heal properly, sometimes even longer.

the piercing on the conch or the middle portion of your ear cartilage is called this because of its resemblance to the shells called conch shells.

This piercing position is versatile and is ideally accessorized with a stud earring for a nice and subtle effect.

And if you are feeling brave, you could go for the double-stud effect or maybe even get an ear cuff hanging from the edge of the ear.

if you are feeling brave and bold and the idea of a straight barbell connecting to the cartilage from one end to the other of your upper ear sounds appealing to you, then you may want to try out the industrial piercing.

The problem with these piercings is that they don’t heal fast because they are connected in a way, and they are easily irritated, and they will need more than 9 months to heal completely.

So, don’t get this piercing if you are not ready to struggle with the healing.

even with all other ear piercings, you could never go wrong with the standard lobe piercing, and the best part is that you could have two of these on each ear, not to mention the fact that the piercing is the least painful, taking about 6 weeks to heal.

If you are trying to make up your mind about ear piercings, we’ll advise you to settle for the piercing that you feel most comfortable with, and don’t worry about what people may think about you choosing one piercing on your right or left ear.