There are different types of rings that are used to represent associations with different groups, societies, or organizations.

But can you have one for your family? Well, yes – you absolutely can.

Such a ring is known as a family crest ring, and we’ll tell you all about it in this article. So, keep reading!

What is a family crest ring? 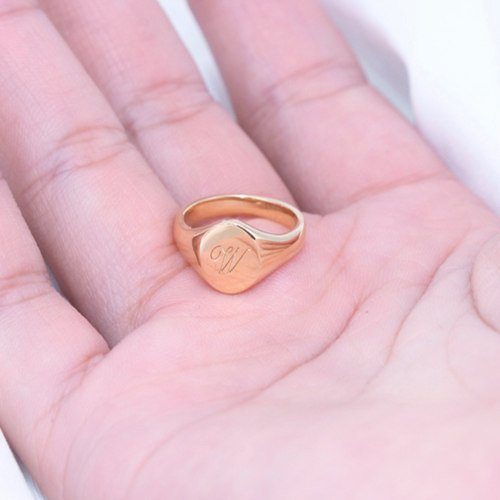 A family crest ring, also known as a signet ring, can be defined as rings that have been worn by specific individuals, often people that have had some level of influence in societies for centuries. In a historical sense, the family crest ring was worn to symbolize noteworthiness and to identify noteworthy men and families in politics and in business. The signet rings would be worn by wealthy men and women as a symbol of royalty and their significance in society.

Most often, the symbols on these rings represented the wearer in terms of their job title, rank, organization, initials, and in the case of the family crest rings, the family’s unique crest. The family crest or signet rings were largely used as official family stamps or signs that would be used in legal documents for authentication purposes.

Today, however, the family crest rings are worn as identification and style statement pieces that identify the wearers and remind them of their flourished family ancestry. 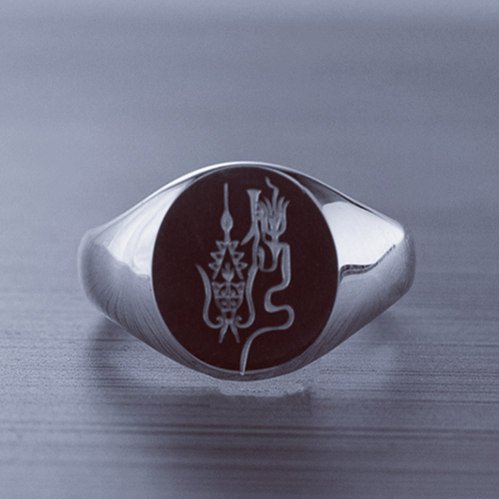 Family crest rings or signet rings have a very rich history, and they seem to trace as far back as 3500BC Mesopotamia and Ancient Egypt when the rings are worn, bore names of the gods that were worshipped then. The oldest of these rings from Mesopotamian times featured cylindrical seals that also doubled as seals of authenticity. These rings have the names of the gods, and the revered members of society carved out of sealing wax. Then in the late Bronze Age, the signet/ family crest rings would be work primarily for aesthetics. And by the time that the Egyptians had the seal of the ring become an important part of the ring worn by the Pharaohs, the ring was primarily used to show their positions in society. Then, the writings on the ring were hieroglyphs, and they symbolized different things, including the god known as Ptah.

And by the Middle Ages, these rings had undergone a significant amount of transformation that would result in raised carvings and intaglio, features that made the crest impressions on wax much more effective. And at the time, anyone who wore the signet ring was someone with a great deal of influence in society. The most common wearers of the signet rings at the time were nobility, and the ring was used to sign important documents. In the 14th Century, for example, King Edward II passed a decree that required that all the official documents be signed with his (the king’s) signet ring. To ensure that everything was done right and no document was forged, all signet rings would be destroyed upon the demise of the owner. 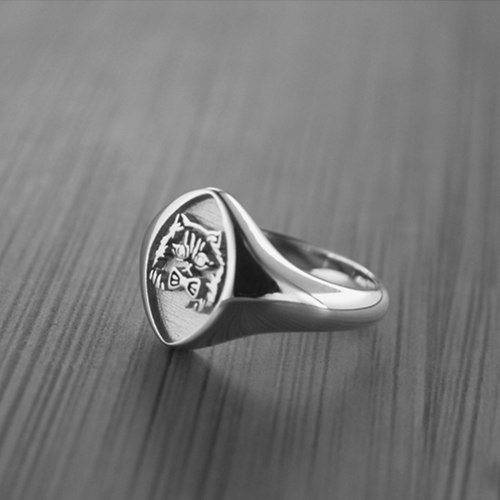 Most of these rings featured monograms or icons that were associated with some of the most influential families of the time, and these rings would then be reverse-engineered to ensure that the ring’s design would come out correctly when needed for document stamping and authentication. It’s interesting to note that even then, the details on the ring made these rings quite expensive and also very difficult to copy.

Over the years, the use of sealing wax would be seen as a less than elitist move, so that by the 13th Century, the practice was adopted by the freemen, with the middle class using the rings to symbolize their sophistication. The rings would be fashionable again in the 18th century, especially with the rise into the fashion of the unique rose signet rings that were made with gemstones like the bloodstone, garnets, ruby, cornelian, chalcedony, amethyst, and the chrysoprase. Then in the 19th century, signet and family crest rings were crafted primarily out of platinum, and at the time, the ring was popular among men of all classes. The newer rings were not only set on stone, but they also had a rotating bezel that would only allow the wearer to have the ring on with the stone facing your finger or out. Most of these rings were made of gold and silver. 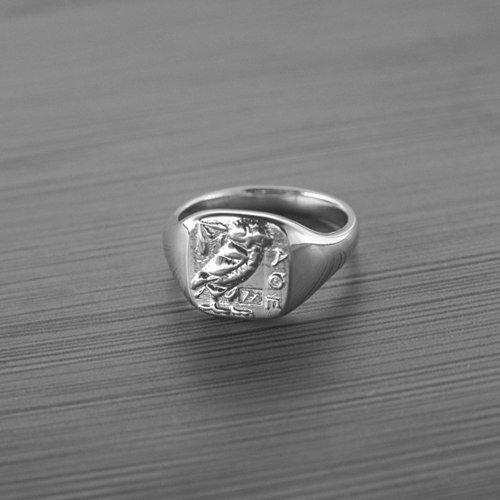 Union Arms – this ring design is quite simple but also the most common design for the family crest rings. It has been around for centuries, and it represents two families joined into one, with their unique shields depicted as one.

Lombardy Arms – this is a ring design common across Europe, especially around Northern Italy, including on the walls of some of the forgotten principalities. It features a shield that is decorated with a helmet with a more feminine style. It’s common with the smaller signet rings.

Valois Arm – these rings were common early in the 16TH Century, and the arms feature the French-Style Helmet regarded as the most advanced military equipment at the time. It is quite masculine.

Louis XIV Arms – Such arms were common in the baroque era and were common with the larger rings. 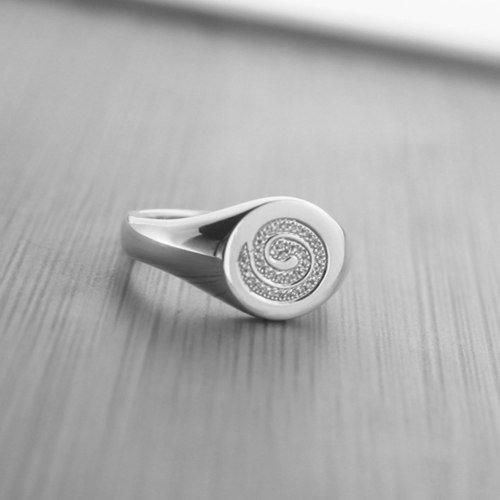 Other styles include the Habsburg arms, the Tudor arms, and the Plantagenet arms common in the crusades.

Note that the arms on the family crest/ signet rings were used to identify the owner of the ring that had been granted the right to bear arms.

The crest, on the other hand, is what sits on top of the coat of arms and is often the symbol of a helmet, reflecting the medieval origins of the ring and also used as a way of identifying the wearer. While the coats of arms change, the crests are unchanged across generations, and they are worn across different branches of a family. In most cases, the family crest would be a designed play of the family’s surname or the emblem of their trade or occupation.

What finger do you wear a family crest ring?

The family crest ring or signet ring is oftentimes worn on the pinkie finger, specifically on the wearer’s non-dominant hand. 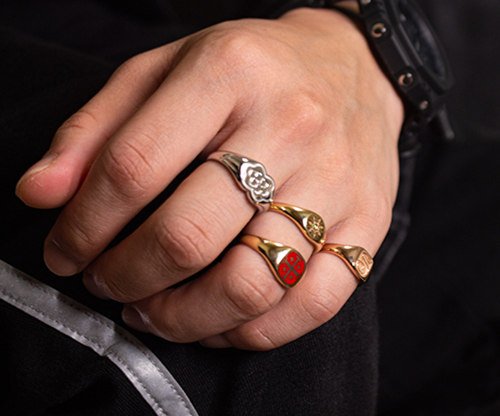 How to wear a family crest ring

Should you buy a family crest ring?

Well, it depends. If you believe in upholding your family traditions or find them cool, then you could buy the family crest ring.

Family crest rings are a unique way for you to uphold your family traditions, and if you are interested in getting and wearing one, just make sure that it’s of great significance to you.