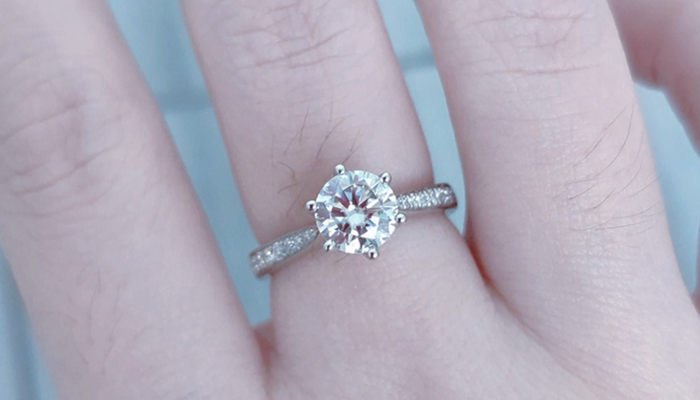 It is likely that when engagement rings come to mind, you picture a man kneeling, a lady with an extended hand, followed by screams, jumping for joy, along with hugs and kisses.

What follows next is a post on social media, where the woman has her hand stretched out, showing off her new ring and beaming with joy. The caption is the typical “I said yes” or something similar.

The proposal is a joyous moment for many women (unless they say no, then that’s embarrassing, yikes!), indicating that getting an engagement ring holds true meaning. It varies from woman to woman, but if you’re wondering what the fuss about these rings is, we’re here to help.

What an engagement ring means to a woman? 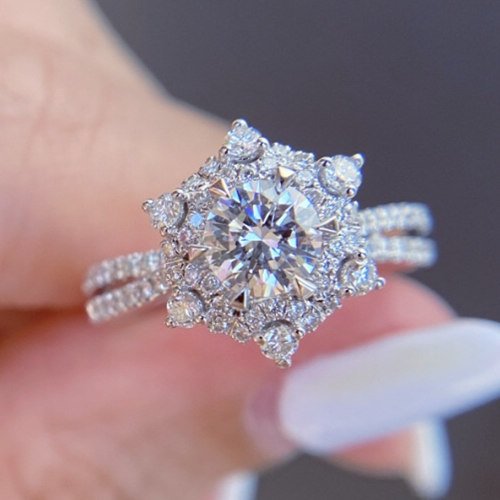 There’s a long-standing tradition of engagement rings in the past, but in those times, the meaning wasn’t what we’ve come to know it is. In those olden times, the ring meant that you were indeed wed, exchanging dowry or other pre-agreed on items. Engagement rings nowadays are about making a promise to another that you’ll marry them. Essentially, all roads lead down the aisle, whether it takes months or years for that to happen.

The engagement ring holds different means for the women who get them. Let’s look at some of those and help example why they matter in the first place.

As mentioned, an engagement ring typically indicates that the next step of the relationship is marriage.

With the ring on her finger, the woman lets others around her know she’s off the market and ready to work toward legalizing the union with her significant other.

It is why the typical reaction after an announcement is “congratulations!” since it’s considered a massive step in a woman’s life.

Some disagree; there are more important things in life for a woman, though it is agreed that getting engaged is significant. 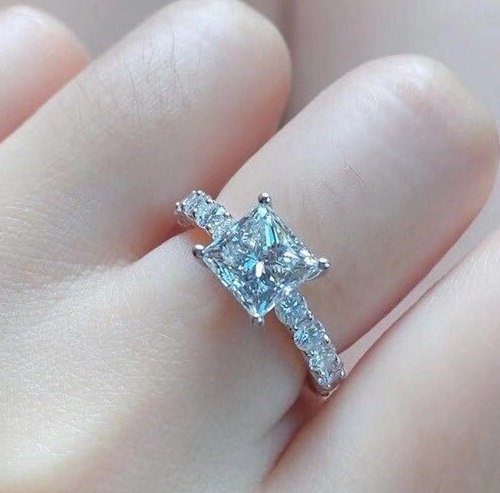 2.It shows the willingness for a man to invest in her

There is pressure for the man to spend a significant amount of his income and even savings to get a woman an impressive ring.

The material and the size of the rock on the ring may vary, but the ring itself needs to stand out, no matter one’s social class.

A janitor shouldn’t break his bank trying to compete with a real estate broker, but to the woman, thought and effort still needs to go into getting the perfect ring.

Therefore, if he can dish out a significant amount for a ring, then he can invest in other areas of her life if needed.

3.It’s a symbol of commitment

Rings do mean that you’re off the market, and an engagement ring does just that.

They allow the woman to make it clear to the rest of the world that there is someone she has chosen to commit to, having after all said yes to the ring.

In placing the ring on her finger, it signals in her mind that you’ve chosen to take the relationship to new heights and see a future together.

You might not walk down the aisle the following week, but having the ring on for however long symbolizes a promise to wed her. 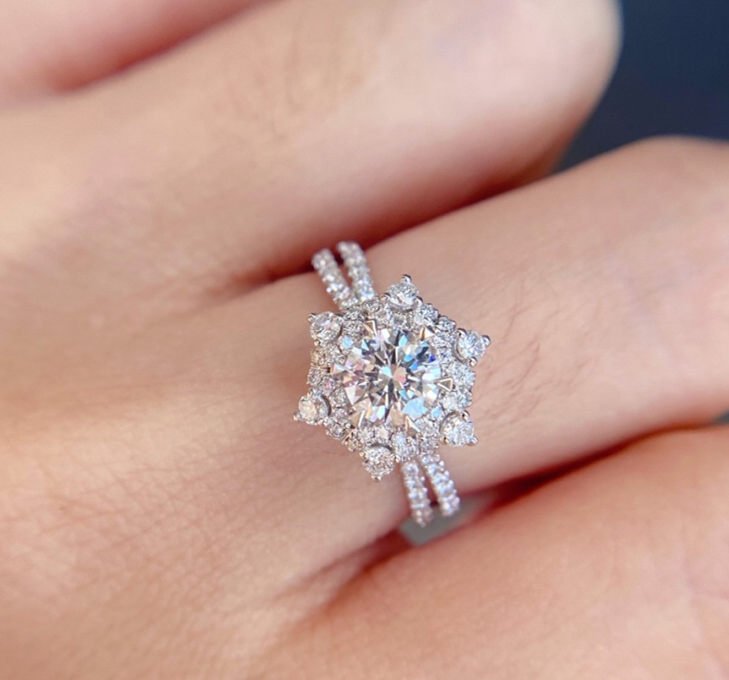 For a while now, relationships have been about forming deeper bonds and a sense of security.

If you’re in a relationship, most people look for a sign of commitment, and that’s what an engagement ring shows.

Being with a significant other for years and not show their willingness to put a sense of permanence to the relationship can cause anxiety.

While there’s the reality of divorce, people enter relationships with the hope of a lasting union.

Therefore, not having a ring can signal to a woman that you’re not interested in securing a future with them, and that can cause a rift.

5.It is about love, not the cost of the ring

A study from Emory University, a private research university, concluded that couples that spend above $2,000 on wedding rings are 1.3 times more likely to end their relationship in divorce. The study found that less is indeed more; those who spent between $100 to $1,000 have lower divorce rates.

The unfortunate disillusionment rates are the cost of the ring and put a financial strain on the relationship.

While it is okay to want the best in life, consider whether the expensive ring symbolizes love or societal status. Have a conversation with your partner to avoid a rift in the relationship. 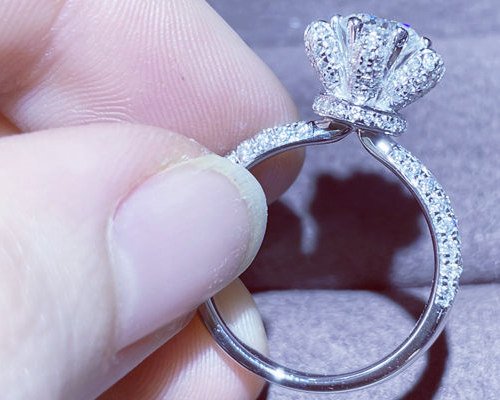 6.It could be superficial

Not all engagements have a fairy feeling to them. In some instances, it is about status and watching to show the world that you have a woman in your life to check a box and not out of love.

One classic example is having a trophy wife, a beautiful woman who can show off to their peers. For the woman, the ring won’t mean much.

It will be something she’s chosen to wear as a form of agreement to be wedded to another. It could be she’s focused more on the financial benefits of the same, giving in to pressure and other reason.

In such a case, the ring doesn’t mean much, at least not in the emotional “I love you” aspect of it.

7.It’s part of the social pressure

Some women don’t believe in the institution of marriage; they are pretty okay with someone all their lives and never have to say “I do.”

Others still are minimalistic that even a ring is too much, or sometimes not practical for their line of work.

While that might be their stand, in some instances, they get social pressure from close friends and family to get an engagement ring; after all, that’s what everyone does.

In this case, the ring is not symbolic of their relationship but rather a way to get people off their backs. It’s not the best reason, but if it works, that’s what the ring means. 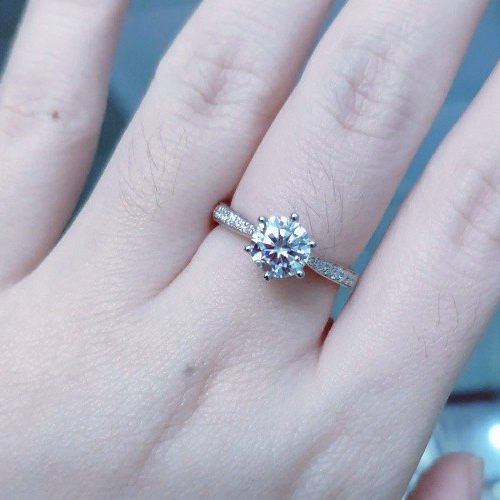 Receiving gifts is a love language for some women, and therefore a ring, along with other items, is the ultimate show of love.

No matter how many times a man swears their love to them or even promises marriage, the words don’t hold water without a ring.

It may appear materialistic to others, but a thoughtful gift, in this case a ring, seals the deal for them and is the ultimate expression of love.

While this is not an exhaustive list, it has perhaps given you a broader picture of why proposals and engagement rings are a huge deal (or not) for women in general.

The rings are overall worth the fuss since the overarching theme of getting a ring in the first place is to signify love, commitment, and a promise of a marriage in the future.

For the one getting the ring, understanding what it potentially means for a woman makes getting the ring more meaningful, not merely getting a ring simply because society dictates that it’s something that should be done.

What other meanings do you have about the significance of an engagement ring to a woman?

Oh, do not forget to Check  more dimond ring topics here or here!