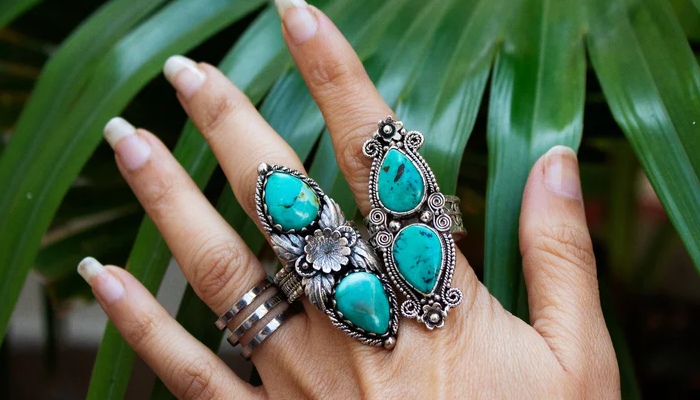 Turquoise jewelry is highly regarded, and it’s considered a beneficial stone when it comes to your health and life in that it wards off evil spirits and bad luck, improving your mental well-being and making you happier.

But if you are seeking any of these benefits, you need to make sure that the turquoise is real and not fake. But how do you differentiate the real from the fake turquoise stones?

Does Real Turquoise Have White Spots? If you are looking at a turquoise, but you aren’t sure if it is an authentic piece or a fake, the first thing you need to do is to look at its features, specifically, the color elements of the gem.

Generally, the real turquoise is free of white spots, and so, if you come across a turquoise with white spots or even chips in it that have a whitish look, then that stone is fake.

It is also fake if it has drill holes with white-colored elements. But some fake turquoise stones are disguised as genuine stones when they are fakes.

There are also instances where the genuine turquoise stones have some white specks. So, how do you make sure you can identify a piece of turquoise as genuine or fake?

How to Identify Fake Turquoises 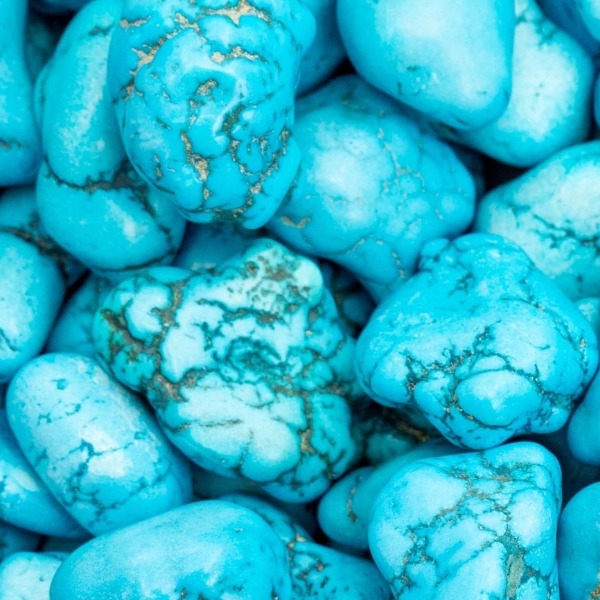 For starters, fake turquoise, also known as the green stones, or stones with something turquoise in them, are quite common in the jewelry scene today.

Unfortunately, to the untrained eye, the fake stones may be confused and passed for the genuine stones. But we don’t want that to happen to you.

So, in the next sections of this article, we’ll look at some of the important features that help to differentiate the fake from the natural turquoise stones. 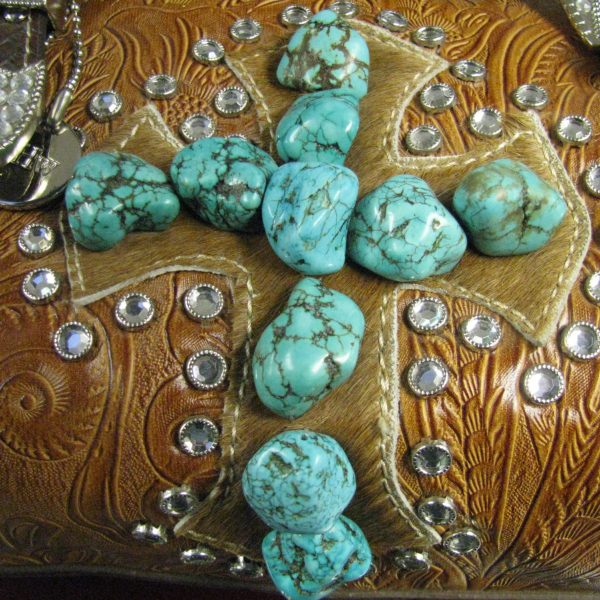 Color. Some of the common differences between fake and natural stones lie in elements like the stones’ color, formation, and matrix. And the reason for this is that, essentially, there lies a little more under the stone’s surface.

You should also know that turquoise is the one kind of mineral that forms near to copper deposits. It may also be found along with other minerals like water, aluminum, and phosphorus.

This is very important because the hardness of turquoise varies depending on the deposits it is formed in. In most cases, therefore, turquoise will have a green-to-blue hue, and its hardness will range from 4.6 to 6 on the scale.

So, if the stone doesn’t meet these qualities, it would mean it is not a genuine natural stone. All turquoise stones have their signature look.

One common type of turquoise is called the Sleeping Beauty Turquoise, which has a sky blue appearance with white spots or flecks.

On the other hand, the Bisbee turquoise has a signature brown, metallic spot on its surface. Then you have the imitations of these two types of turquoise stones, which are quite different in their texture and color.

Matrix. This is the other important aspect when identifying and differentiating the real turquoise from the fakes. Real turquoise stones often have a dark matrix because they refer to the rock remains that host the turquoise during its formation.

The matrix is formed through the weathering and also the oxidation processes that take place over millions of years, and so, like the color, the matrix is an inherent and naturally-occurring process that cannot be replicated in the factory.

So, depending on where the stone is formed, the matrix could be yellow, black, or brown. The other common feature of natural/ genuine turquoise is the presence of spider webbing.

And so, these three elements – color, matrix, and spider webbing cannot be reproduced at the factory. So, if you notice these elements, then it means that you are looking at genuine turquoise.

How then do you identify the fakes? 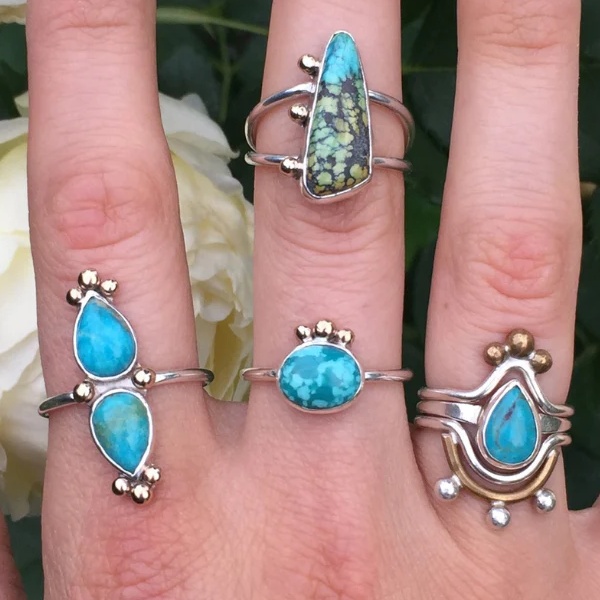 Well, consider three other aspects – the price, scratch test, and the appearance/ feel of the gemstone.

In addition to the fakes missing the elements above, the other thing that points to a fake turquoise would be the fact that the fakes are considerably cheaper than genuine stones.

Fake turquoise stones are also quite lightweight and don’t hold up well because they are often made of cheaper and fake materials that alter their structure and appearance.

They look more ‘perfect,’ and some are made of powdered turquoise and glue composites, which will be cheap and weak.

Fake turquoise is also passed off as a genuine turquoise called buffalo turquoise (Howlite), which is dyed howlite mixed with magnesite. 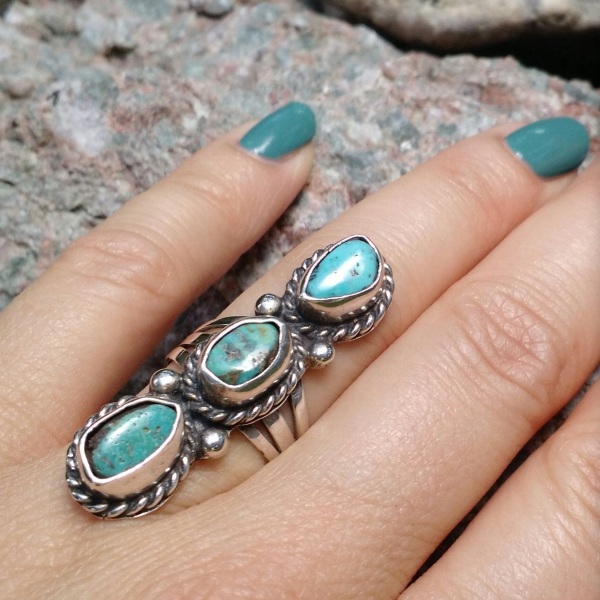 This fake is created from mixing the two minerals, and then it is dyed in a blue or green dye, forming a nice and perfect turquoise color.

This is also a cheap option, and it looks too perfect, which means it is not genuine. While some of the painted or dyed fake turquoise stones maybe look perfect, you can still tell that they are different and not genuine because there will be more dye pooling in the cracks.

Also, the stone is fake if you cannot see or feel the cracks. The scratch test allows you to determine if the turquoise is fake or genuine.

The fakes are quite lightweight and scratch easily.

Fake turquoise may or may not have white spots, but you can easily tell fakes apart from genuine turquoise by considering the price tag, the scratch test, and their appearance in general – the fakes are cheap, scratch easily, and they also look too good to be true.