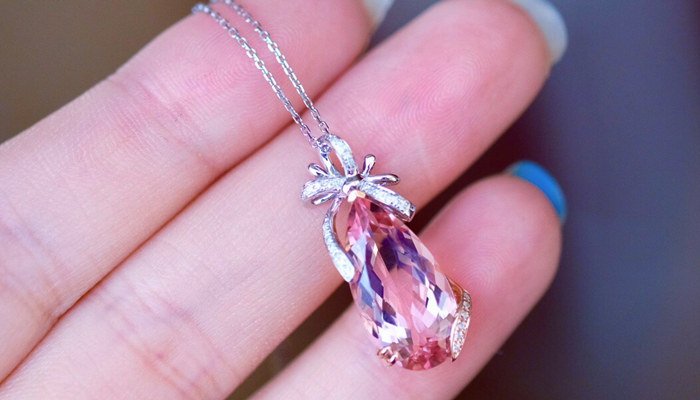 Do you get surprised every time you come across a new name for a gemstone, and you’re left wondering just how many there are? Well, it is estimated that there are roughly 200 variations of the natural gemstones in the world today. Like metals, some are precious others are non-precious, and while some are well known, others are little known.

Morganite is one of the less popular kinds of gemstone in the gemstone and jewelry world, although it’s slowly becoming a preferred option by more people. It’s essentially the cheaper alternative to colored diamond, emerald, ruby, or sapphire.

To determine if the morganite is a type of gemstone you’d want to buy, you may want to read this article. In it, you’ll know more about morganite, including its level of scratch resistance.

So, let’s jump right to it.

Some basics of Morganite

Morganite can be defined as a stunning, pink to an orange-pink version that belongs to the beryl class of minerals that include aquamarine and emeralds. 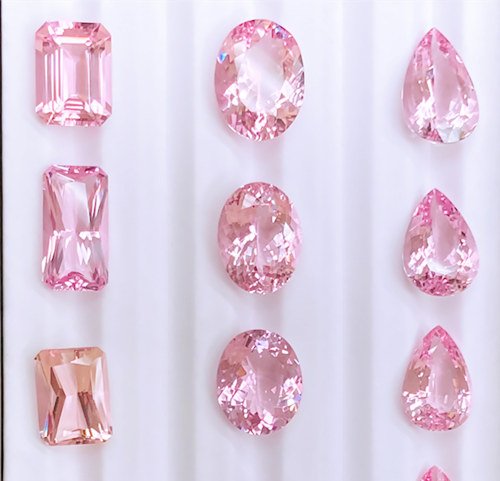 The color is what makes morganite stand out. What you may not know, however, is that color is not just another unexplained natural phenomenon. In fact, the pink or blush color that morganite is known for results from the traces of manganese. And with morganite’s distinct pleochroism – that pale pink or deeper pink with hues of blue, it’s gaining popularity in the jewelry world. Also, the morganite with a darker color is quite rare.

It’s also important to note that this gemstone is a semi-precious stone that was first discovered in 1910 in Madagascar by Tiffany & Co.’s Fredrick Kunz and personal assistant to the infamous banker, JP Morgan, who was fascinated by (and loved) gemstones. After its certification, the gemstone was named after (in honor) J.P. Morgan and given the name Morganite.

An interesting thing about the Morganite is the fact that the largest morganite known/ recorded was discovered in Brazil, and it weighs 10kgs.

So, how hard is this semi-precious gemstone? Is it durable? Does it get scratched easily? Can you wear a ring adorned with the morganite every day?

To answer all these questions, we first need to look at the stone’s hardness level because it is the function that determines the stone’s level of resistance to scratching. The stone’s resistance to scratching and, subsequently its durability, is measured using a hardness determination scale called the Mohs scale. This scale was created in 1812 by a scientist called Friedrich Mohs, and it determines the hardness of a stone or stone by quantifying the stone’s relative hardness – this means determining a stone’s hardness in relation to the hardness of another ‘comparable’ stone. On this 1-10 scale, diamond scores the highest making it the hardest known mineral, while talc scores a 1, meaning it’s the softest known mineral. The rest of the minerals known to man are ranked somewhere between the two. 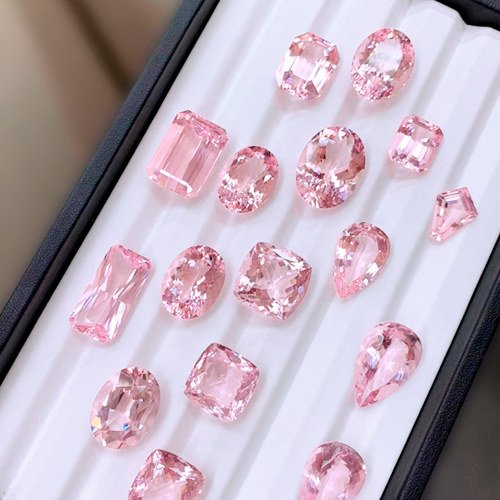 Morganite has a hardness level of between 7.5 and 8 on the Mohs Scale, which means that it is a durable stone. It is not, however, as hard as diamond, and it is not indestructible (diamond is indestructible too). But at this high level of hardness, morganite is strong and hard enough to be able to resist wear moderately. However, it will not hold up well if it’s subjected to carelessness or any other form of abuse. This stone would chip when it’s scratched on a hard surface, and pressure or repeated impact will weaken the stone to the extent that it might be crushed completely. Excess unwarranted pressure would also knock off the stone from the setting because the pressure would make the stone’s structure weak.

Does this mean that morganite scratches easily? Well, no. It takes a bit of pressure and hard-wearing for the stone to show signs of wear. And as long as you handle it with less care, it will scratch. As one of the softer stones, morganite will scratch easily when it’s in contact with any other stone that is harder.

Compared to the other colored gemstones like topaz (8 on the Mohs scale) and Sapphire (9) on the Mohs scale, and diamond that scores a solid 10 on the scale, morganite will be the first one to show signs of wear.

How long does Morganite last? 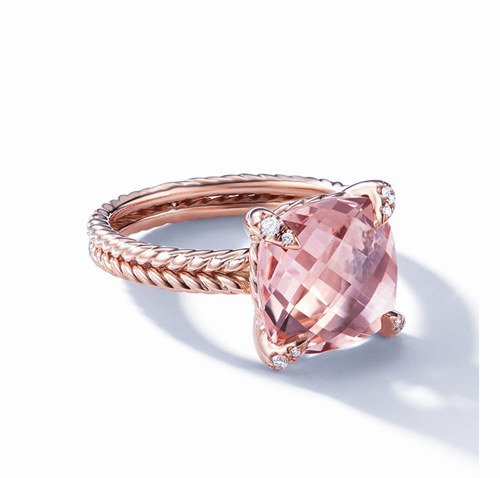 Morganite’s durability is variable, but it will last you a good number of years if you take good care of it. As one of the gemstones that we think should always come with a ‘handle with care’ caution, it calls for extra attention.

The good news is that although the morganite will be scratched and it will be scuffed with time because it is one of the softer gemstones, it can be re-polished at the jewelers, and it will look as good as new afterward. How you wear the morganite ring also affects how long it lasts.

As mentioned above, however, morganite is quite durable. And although it is not resistant to scratching, it will not just disintegrate after some time. All that will happen over time is that the stone will have too many scratches over time, and these will take away the beauty of the gemstone, and it will not sparkle as much anymore.

So, to keep it sparkly and brilliant, you’d have to pay extra attention to the morganite.

What is the Mohs scale of Morganite stone?

Morganite rated 7.5-8 on the Mohs scale.

Does morganite get cloudy?

Unlike Cubic Zirconia which is known for clouding, Morganite is not the kind of stone that would get cloudy over time, at least not naturally. 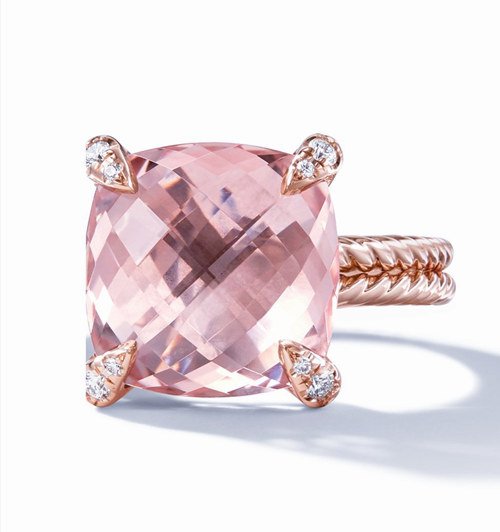 You will not see a milky white haze on it, but you’d notice some cloudiness if the stone gets in contact with harsh chemicals.

So, you’d want to keep the ring away from harsh cleaning chemicals, which means removing the ring before you start cleaning or handling any other kinds of chemicals.

Chemicals aside, the morganite stone could also get cloudy if it’s exposed to oils and dirt.

This would also happen because of the lotions, sunscreen, and even cooking, and the effect is not immediately noticeable.

change happens over time, and the good news is that this kind of clouding is rather temporary, and the stone’s original shine and brilliance will be retained after a good cleaning.

Can you shower with morganite?

Though you may accidentally get water on the morganite, you are advised to remove the ring before hopping into the shower. Repeated exposure to water will damage the stone. So, don’t shower with it.

Tips for protecting your Morganite jewelry

Morganite is a stunning semi-precious stone and ideal for anyone looking for a stone in non-traditional colors. But it’s a little delicate, and you shouldn’t be too hard with it.