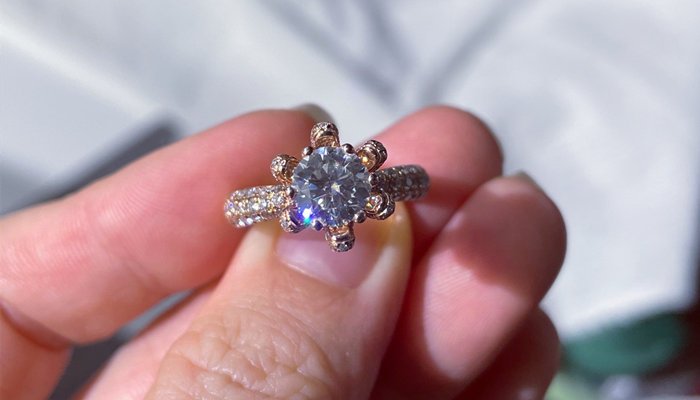 You’ve probably heard too many jarring stories of how people found out that the expensive diamond rings they bought ended up being replicas that were made of moissanite and not diamonds.

While moissanite and diamonds are both gemstones, no one wants to be duped into buying what they wanted to buy.

Unfortunately, many people wearing diamond rings may be wearing rings made with moissanite stones rather than diamonds, and most of the regular tests would not reveal the differences.

In this article, we look at everything you need to know about moissanite and diamond testing.

Moissanite is one gemstone that is a lot like a diamond, and it is consequently often misidentified as a diamond, especially when the basic diamond testers are used.

If the heat conductivity test is used, for example, it’s often impossible to differentiate moissanite from the diamond because they have the same features in terms of their thermal conductivity.

However, they have different electrical properties, and testing the electrical conductivity of the stone is more ideal and accurate and prevents the confusion of the moissanite for the diamond. 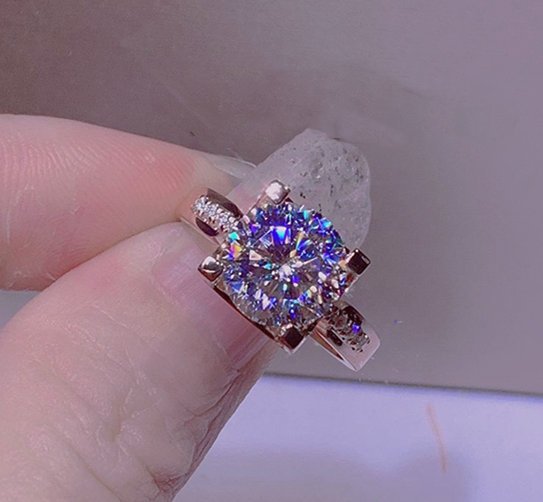 But what exactly is the moissanite?

Moissanite can be defined as then natural material that is mined from the earth and looks a lot like diamonds. Moissanite also has one of the most incredible and mysterious backgrounds, and some think of its background as a myth. Well, what you need to know about the history of the moissanite is that this stone was first discovered in some tiny fragments in Arizona desert at a site of a meteor impact. To date, most of the natural moissanite can be found around the world in meteorite impact sites. Therefore, it is safe to say that the natural moissanite has traveled quite the distance to reach earth.

What exactly is the moissanite made of? This gemstone is made of Silicon Carbide or SiC. Evidence shows that most of the SiC grains that make up the Moissanite originate from the carbon-rich and Asymptotic giant stars (branch stars) as deduced from infrared spectra. This discovery was made by a French Scientist who discovered, after many tests, that what he thought was a diamond was actually a different kind of gemstone,

Like the diamond, moissanite is incredibly hard, and it is known to be the only other stone that is as hard as diamonds. With this in mind, synthetic moissanite makes great and the most affordable alternatives for diamonds, not just in jewelry but also in industrial applications. In other words, the moissanite is as beautiful and hard as the diamond but only costs 90% less than the diamond.

Note, as mentioned above, moissanite’s heat conductivity is similar to that of diamonds, but moissanite (natural and synthetic) is a better conductor of electricity than diamond – this is the biggest differentiator of these stones.

How does a diamond tester work? 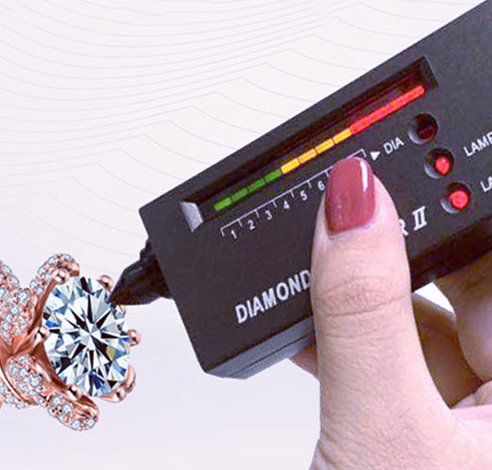 A diamond tester is this small, portable device that is used to determine the authenticity of real diamonds based on the electrical and thermal conductivity of the test material. The tester is designed in a way that allows it to accurately indicate if the stone in question is really a diamond or some other gem. The tester determines this based on the physical properties of the gemstone.

The test type notwithstanding, the principle of operation for the diamond tester is based on principle – the fact that all gemstones have different chemical structures, which translates to varying levels/ degrees of electrical and thermal conductivity. So, the way electricity or heat passes through a diamond is not the same as it passes through the CZ or the moissanite.

When testing diamonds, for example, you’d have to place the tip of the tester on the surface of the diamond to check the conductivity rate.

Does moissanite pass diamond tester? Why? 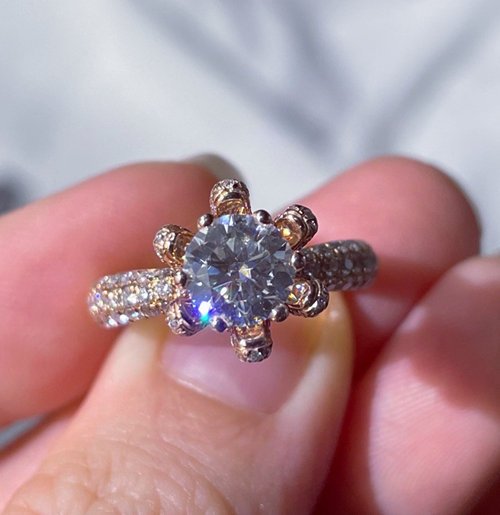 Wondering why? Well, in as much as the heat conductivity of the moissanite is different from diamond’s, the difference is very small, and the diamond tester cannot perceive this small difference. Other diamond testers are incorrectly calibrated, and there are many cases where there will be a difference.

Unfortunately, even with the known imperfections, gemologists and jewelers still use diamond testers. Also, to be able to differentiate the two gemstones, a second test tool would be necessary.

Between diamonds and moissanite, the moissanite is very (slightly) highly conductive to electricity, but this difference can only be detected with specialized equipment.

To test for diamond and moissanite, it is recommended that you have the sample tested using both a Diamond Tester and Moissanite Tester. The advantage of using the multi-tester (Moissanite-Diamond) tester is that it can detect even the slightest changes or differences in both the thermal and the electrical conductivity of the test item. The tester is expensive, but you will get accurate results. 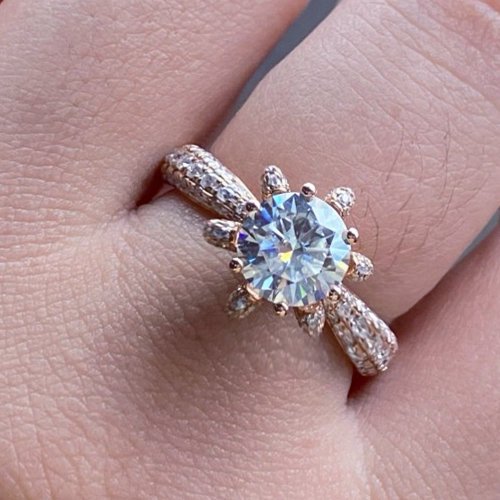 Other methods to test Your Moissanite

This quality is easily noticeable to the trained eyes and under the 10X magnification lens – but only if you know what you’re looking out for. In the case of double refraction, the lines seen as the light passes through the facets of the stone will be multiplied and blurred. With diamonds, however, light passing through the stone is seen as just one sharp and clear line rather than blurred lines. 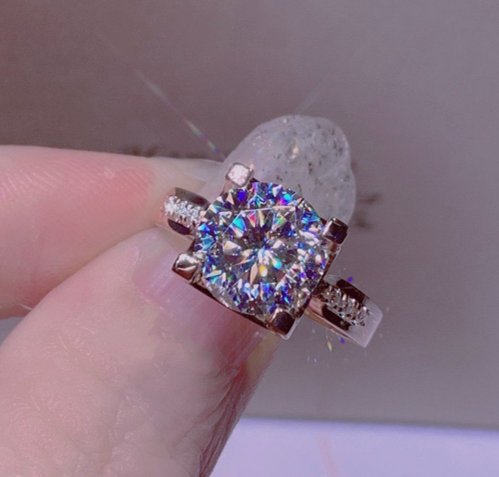 That said, the intentional cutting of the moissanite means that this stone is not doubly refractive when viewed from the table/ top, and you can only see this effect on the side or lower through the crown facets. Other stones like the zircon, sapphire, peridot and the tourmaline also have these properties, meaning you need more specific numbers to identify moissanite from diamonds.

To differentiate the two, know that the refractive index of diamond is 2.42 while that of moissanite is 2.63.

Not sure if what you have is moissanite or diamond; get the multi-tester. Keep in mind that though both gemstones have hard to differentiate thermal conductivity, their electrical conductivity differs.