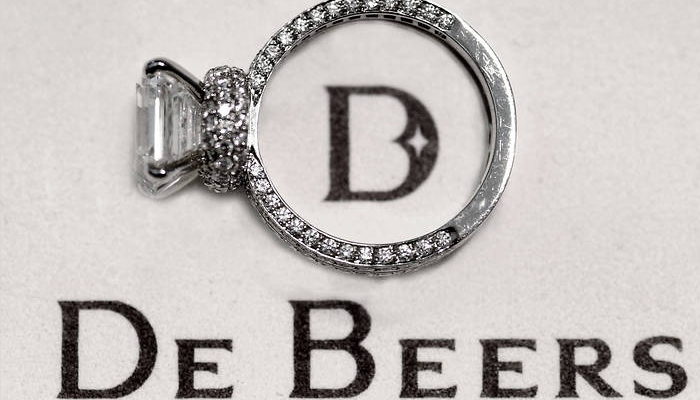 De Beers is a brand that is synonymous with diamonds, but there is so much more that you may not know about this diamond company.

So, in this article, we’ll guide you through everything you need to know about the monopoly of the De Beers company over diamonds.

How then did the diamond company go from 80% to 20% possession of the world’s diamonds, and most importantly, what was the role played by De Beers in the state of the diamond market today?

The History of De Beers and Diamonds 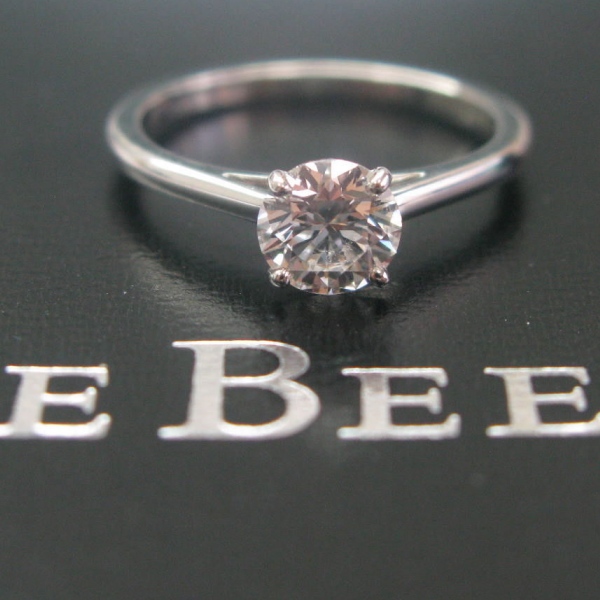 Before we look at the company’s history, who is De Beers? Well, for starter, De Beers is an infamous diamond company that ruled the diamond industry for a very long time.

This is also the company that largely influenced the entire diamonds market by creating an artificial shortage through the reduction of diamond production to increase the prices of diamonds significantly because of the low supply and the subsequent high demand – this move allowed for the company to have a monopoly over all the world’s diamonds. 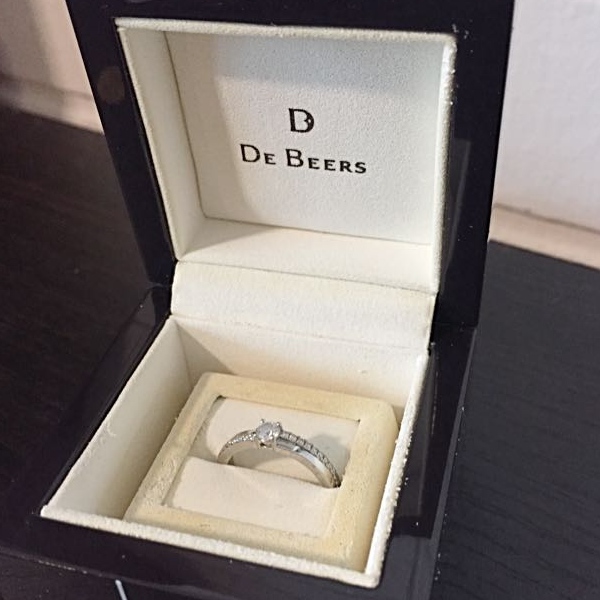 But that is not all; De Beers was also mainly responsible for attaching emotional value to diamonds and elevating them to their current high status.

There is also the fact that De Beers is the company that came up with the idea that ‘Diamonds are a girl’s best friend’ and also that ‘A Diamond is Forever.’

These phrases allowed De Beers to sell more diamonds which happened because they convinced the rest of society that they could afford diamond engagement rings for their partners by only saving up two months’ worth of wages. 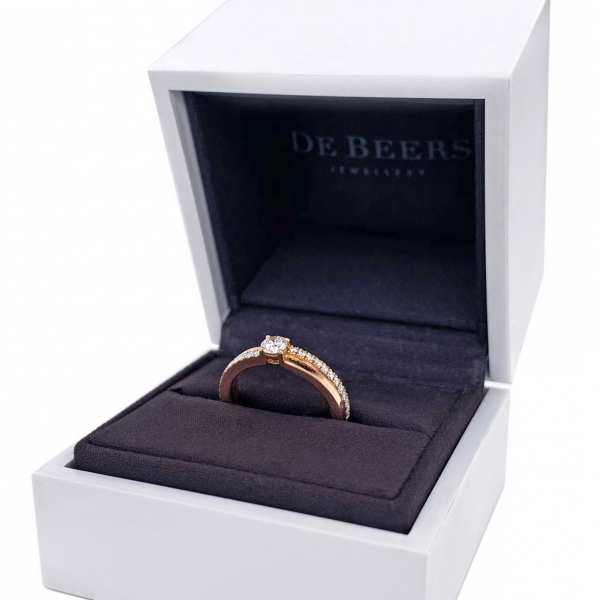 Today, De Beers is the company that is involved in pretty much every bit of the diamond industry. De Beers remains a big company that is still actively mining diamonds in South Africa, Botswana, Namibia, and Canada.

The company also sells roughly and cut diamonds to private individuals and companies. And in recent years, De Beers has been involved in the creation of synthetic diamonds, which may be happening because the company is trying to avoid being associated with conflict and blood diamonds.

How did they start? 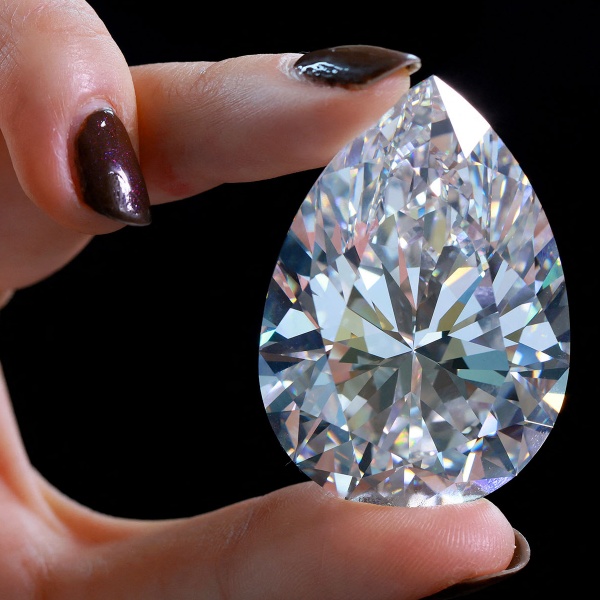 De Beers, also known as The Home of Diamonds, was founded in 1888, and the company is considered the world pioneer when it comes to diamond perfection.

The company is also known for guiding different individuals worldwide on their own personal discovery journeys. De Beers harnessed the power of nature’s finest quality works of art.

They remain dedicated to selecting the rarest natural diamonds and creating the most distinctive jewelry designs that are often just as unique as those wearing the diamond pieces. 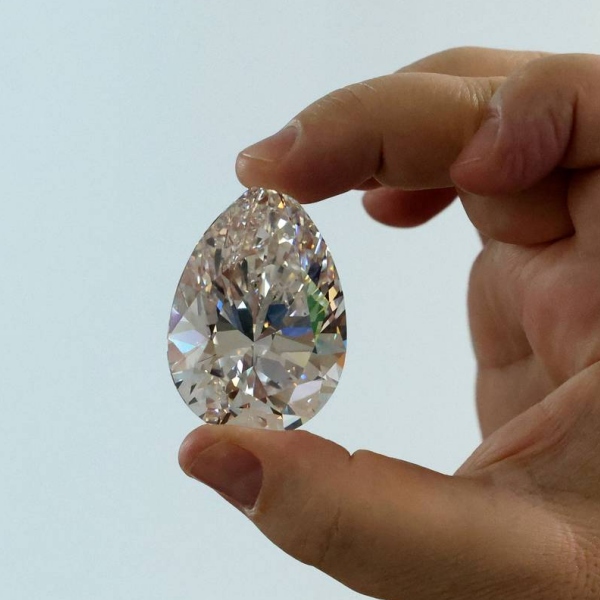 But there is much more to the company. As mentioned above, De Beers Consolidated Mines company was formed in 1888. Even then, the company stood out because it made its mark as a brand boasting an unrivaled legacy in all things diamonds.

However, their story started much earlier, in 1870, when 17-year-old Cecil Rhodes moved to South Africa. He initially intended to work on the cotton farm his brother had started, but this didn’t happen because the Natal land was not suitable for cotton farming. 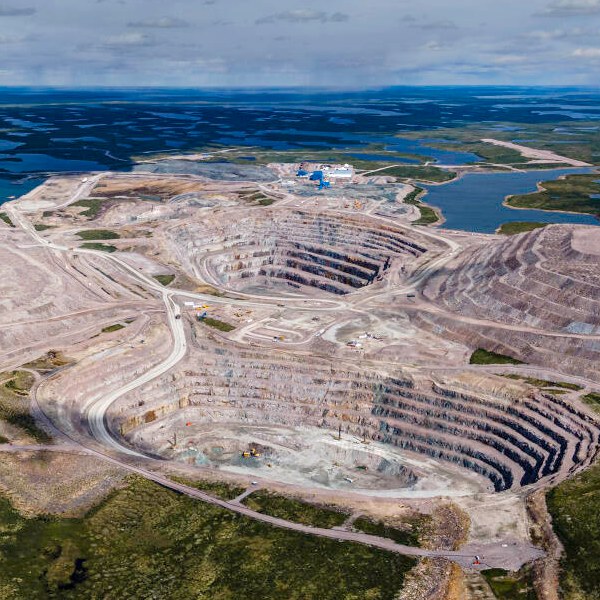 At the time, the Rhodes brothers weren’t aware that Erasmus Jacobs had discovered a 21.25carat diamond a few years earlier at the shores of the Orange River. So, in 1871, they opted to go into diamond mining in Kimberly at the age of the New Rush or Diamond Fever.

They’d raised some cash from selling water pumps to miners and soon started buying claims to farmers’ lands as they invested in the mining business. 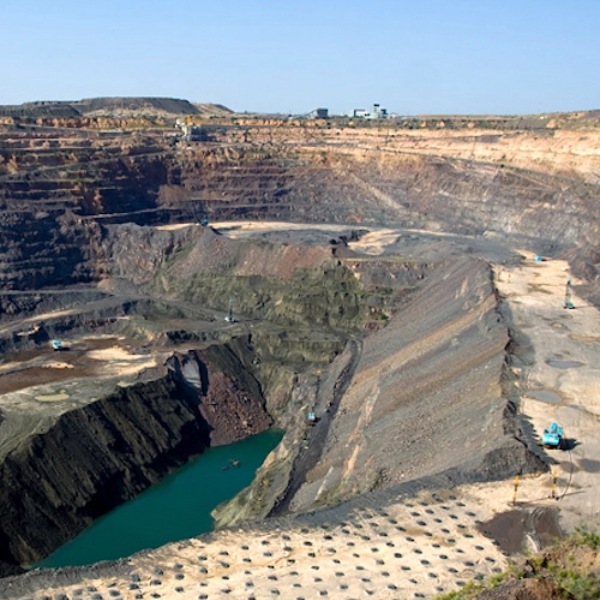 Cecil worked on strengthening his business prospects, and he purchased prospects at the Orange River, where Jacobs had found the big piece of diamond.

This move involved buying property from two brothers from the De Beers family, Johannes, and Diederik. While the brothers were aware of the presence of diamonds on their farm, they didn’t want to be sucked into the craze because they were devout Christians, which made it easy for Cecil to buy the property.

At the time, diamonds were sold everywhere, so the diamonds were almost valueless, and they were sold for much less, with a  diamond going at the same price as semi-precious stones like turquoise and topaz. 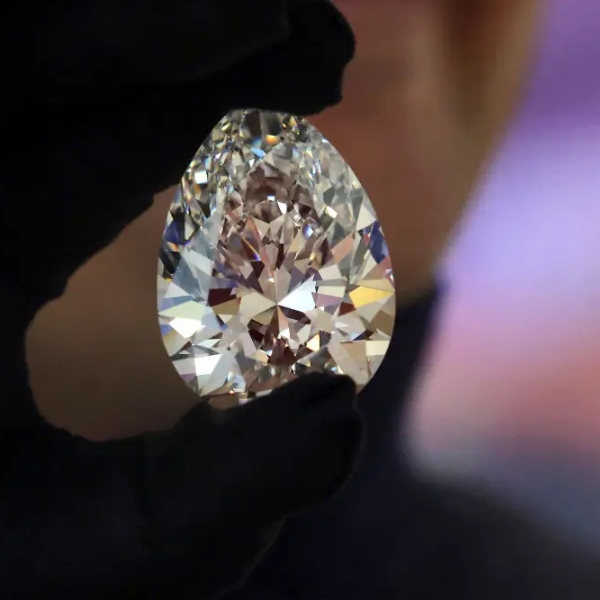 Cecil took advantage of this and didn’t shy away from the market despite it being the natural thing to do. Buying diamond land at a time was a big strategic move for Cecil, and he came up with the company’s big marketing strategy then – he intended to create artificial scarcity in diamonds to control the price of the diamonds.

At the time, most of the mine owners were hardly keeping their heads above water, and they sold their mines, which worked even better for Cecil.

By 1888, Cecil Rhodes’ plan to merge all the South African companies in the diamond sector worked, and he successfully founded the De Beers Consolidated Mines. 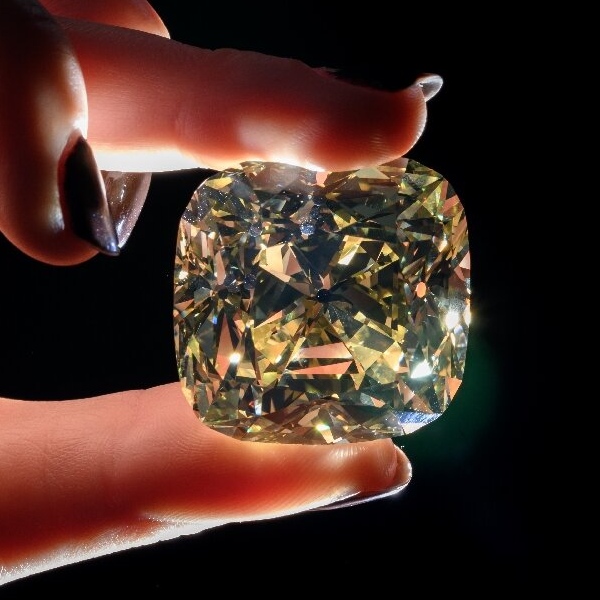 This company allowed him to control the diamond supply and demand – Cecil went as far as creating fake diamond companies, and all these moves, though dirty and caused a huge stir among all other miners, gave the company ultimate control.

And by 1890, De Beers had control over 90% of the global diamond production.

In 1939, De Beers partnered with the GIA, establishing the 4Cs grading system for diamonds (Cut, Clarity, Carat Weight, and Color). 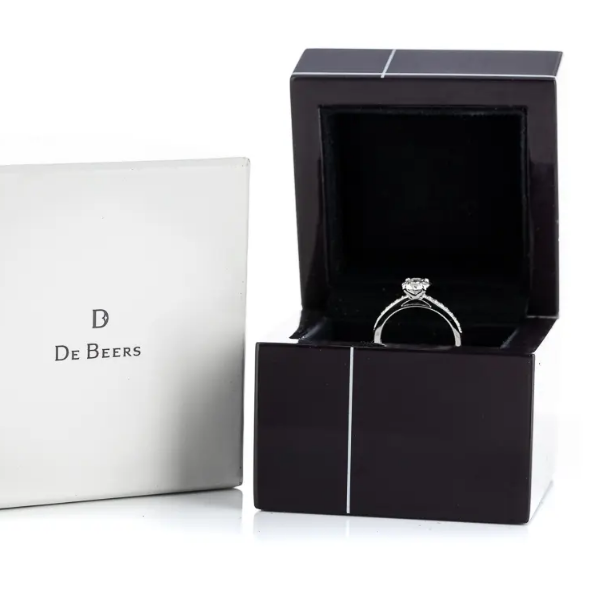 Then in 1947, they advertised diamonds under the ‘A Diamond is Forever’ tagline created by Frances Gerety of N.W. Ayer Advertising agency gave De Beers great control over the market by creating the perfect ad after years of research.

The Advertising company was contracted in 1938, and they came up with the slogan in 1948.

It’s worth noting that even though the company was established in 1888, diamonds have been around for so much longer, and real diamonds were discovered between the 4th and the 6th BC.

Does De Beers have a monopoly on diamonds? 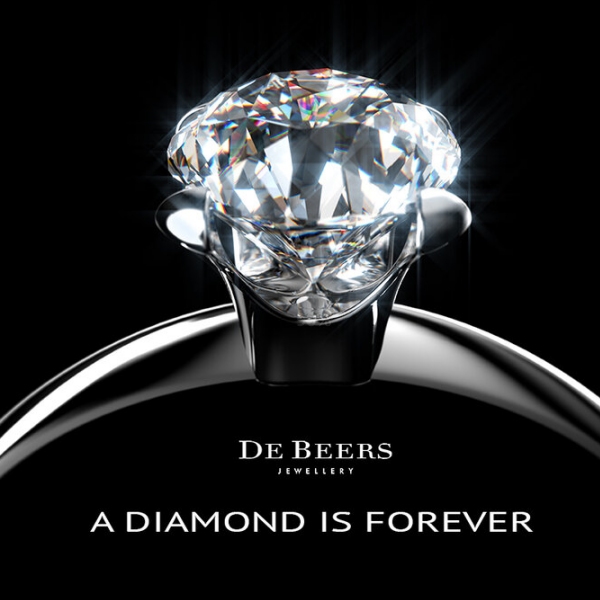 Since they mined and sold diamonds as a retail store and wholesale, De Beers was the only diamond company controlling the world supply of diamonds, even during the great depression, until the discovery of diamond mines in Australia, America, and Russia. 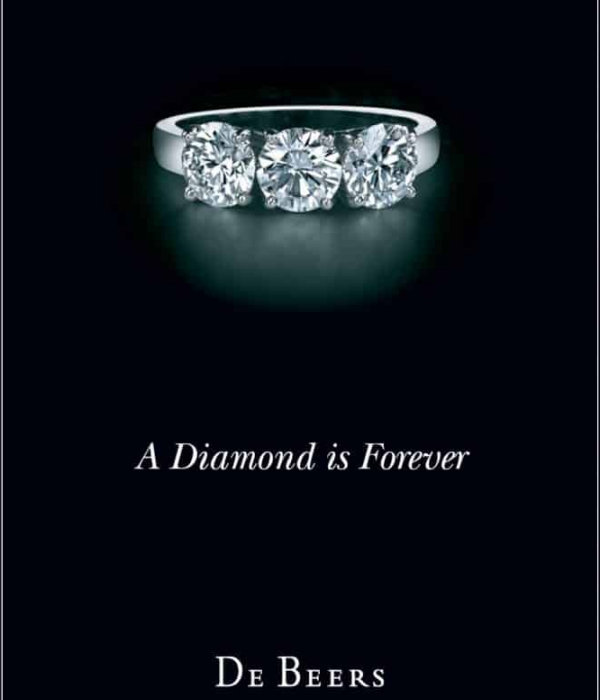 But this wasn’t the only thing that led the company to lose its grip on the diamond monopoly; in 1934, their price fixing activities were banned in the US thanks to antitrust legislation in the country.

Even after this and with the ad slogan by N.W. Ayer, in 1948, the company kept losing its grip on the market.

And then, in the mid-1980s, De Beers’ control of diamond supplies slipped from about 90% to 63%. The other thing that happened is that despite holding vast amounts of stock in the diamond market, the stock produced no yields and lost financial ground. 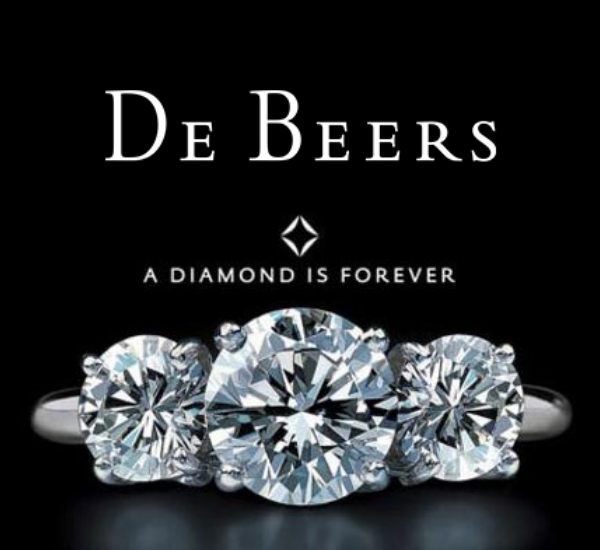 When this happened, the company hired a financial company for a strategic review. One of the recommendations was for the company to stop its attempts to have world custody over the diamond industry; instead, they needed to start using their name to their advantage.

They also bowed and stopped buying surplus diamonds for price control. And by 1999, the inventory held by De Beers fell by a huge margin to $3.96 billion from $859 million. De Beers is no longer the leading diamond company in the world.

What percent of diamonds does De Beers own? 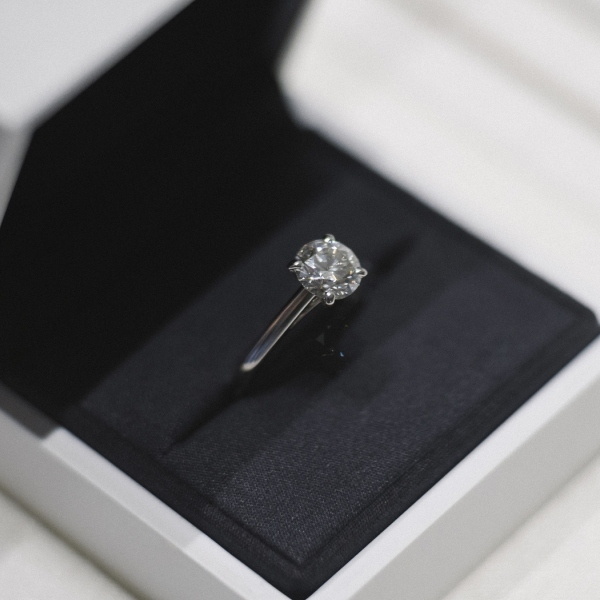 De Beers now controls about 35% of the world’s diamond stocks.

Why was De Beers called a monopoly company? 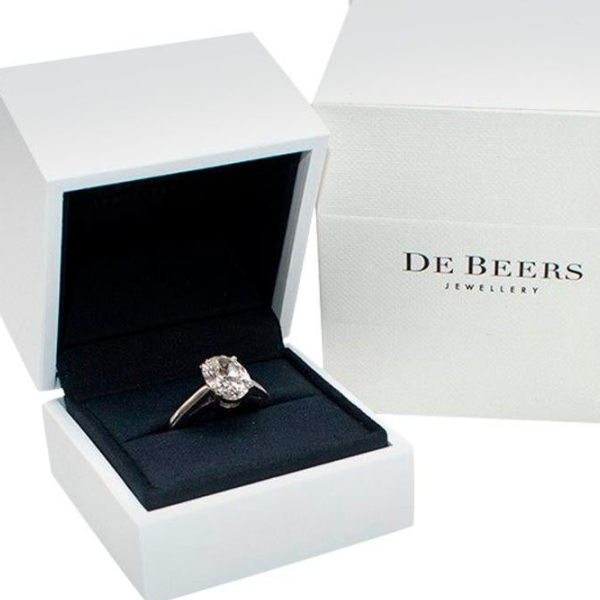 De Beers was considered mainly a monopoly because, for the longest time and about a century, the company controlled pretty much all the diamonds in the world. 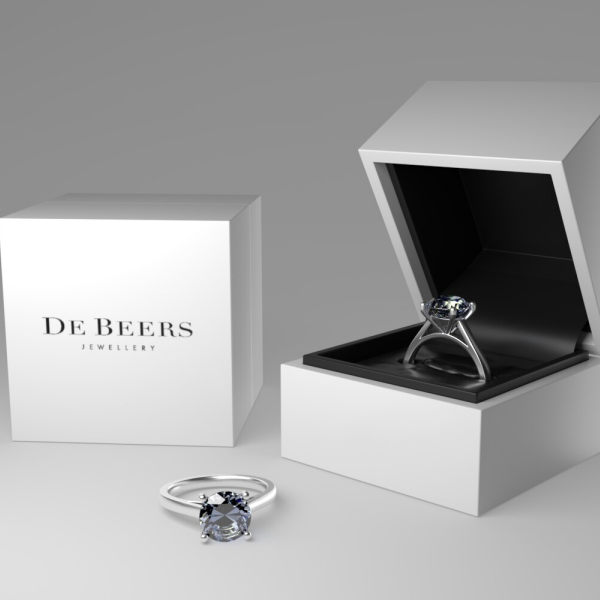 De Beers made many iconic strategic moves in the world of diamonds, and they pretty much ran everything for decades.

When did De Beers’ monopoly end? 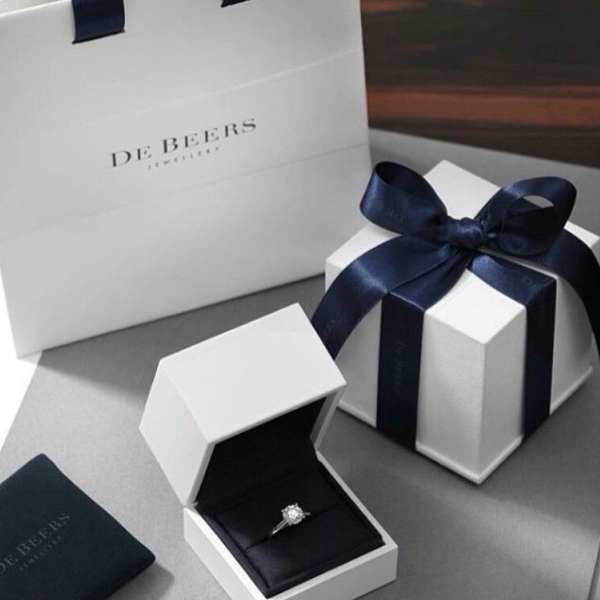 Their monopoly ended effectively in 1999 after they were forced to change their strategies, specifically stockpiling diamonds and holding diamonds stocks when they were no longer valuable.

What do we learn from De Beers’ diamond monopoly?

The right strategies often lead to success but even when this happens, but companies shouldn’t be too greedy that they fail to see the big picture.

While they are not completely run down today, the company had a good run at the top.

They also made many mistakes along the way, especially by using the war in Africa to control diamond mining in Congo, Sierra Leone, and Angola.

And though their marketing strategy worked so well for them, and they still hold a substantial stake in the market, it’s safe to say that De Beers remains a legendary company.

For more diamond rings topics, please visit this section or this page!