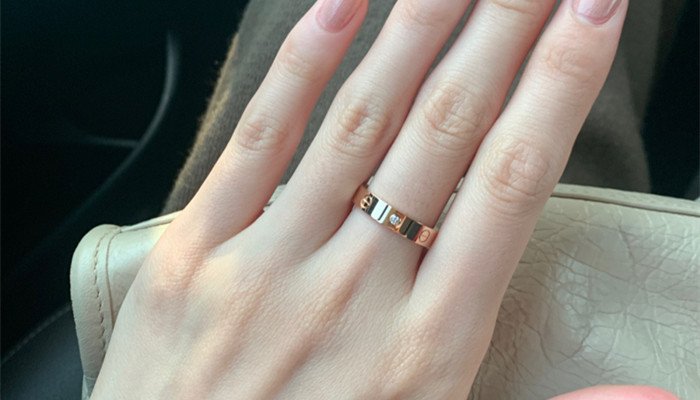 Ever since its founding, Cartier has built its reputation as a luxury brand by associating with the rich and famous.

It may be one of the reasons it is so popular today, aside from their iconic pieces of course.

Even today, there are a lot of celebrities who are always spotted with a Cartier piece or two.

With some wearing their ring as their wedding bands.

So, since you are wondering, in this article we’ll share with you 10 of the celebrities who’ve been seen wearing the Cartier Love Ring. 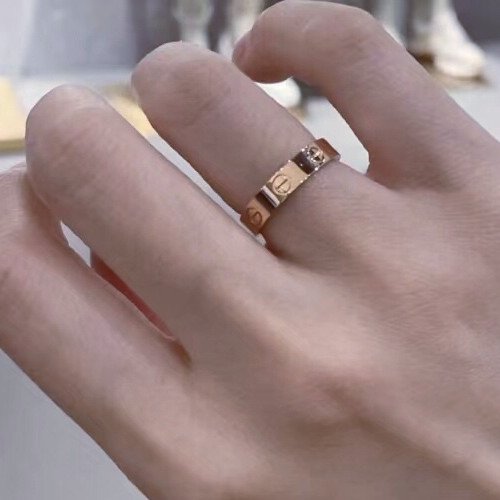 The Cartier Love Rings are especially popular not just for their design but also their meaning. The following are celebrities today, who are especially huge fans of the ring:

Starting with the biggest fan, we can’t talk about celebrities wearing Cartier without mentioning Kylie Jenner. Kylie has been spotted wearing different Cartier pieces since her teen ages.

But of all the Cartier pieces she owns, it would seem the Love collection is her favorite. She’s always seen wearing a stack of rings in a variety of metal colors and pairing them with matching stacks of the love bracelet. Other times she would wear a single love ring with a single love bracelet stacked with other Cartier favorites of hers.

Probably inspired by her younger sister’s taste, Khloe has also been flaunting her Cartier love ring. Unlike her sister, she seems to favor the diamond-paved Cartier Love Ring which she seems to always have on, so it is clear it is one of her favorite pieces.

She likes to pair it effortlessly with other statement rings from different designers or wear it alone, usually on her index finger. 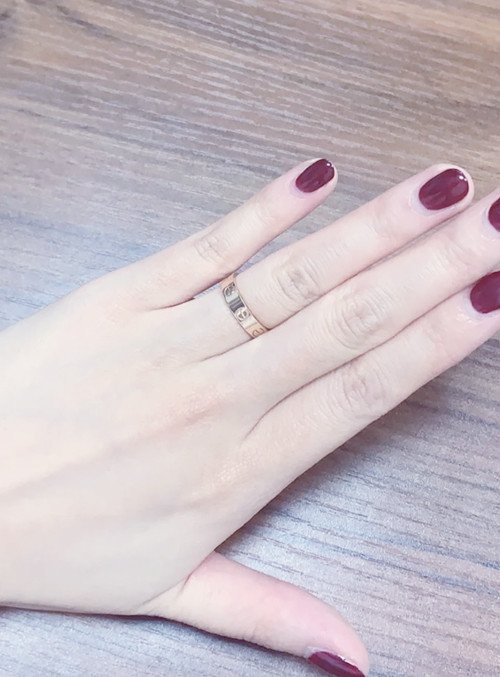 Mindy Kaling is a multi-talented actress. You probably recognize it as Kelly Kapoor, from the infamous NBC sitcom, The Office. She has also been spotted adorning her diamond-paved Cartier love ring once.

She paired her ring with a beautiful diamond drop earring, and a simple fitting but stunning black and white checkered long-sleeved dress.

This American model has also been spotted wearing a Cartier combo often especially in 2016. From the blurry paparazzi photos, it wasn’t clear what the pieces were.

But as it turned out, her favorite combo involved a white gold Cartier Love ring matched with a white gold Juste un Clou Cartier bracelet. She was probably also inspired by her best friend’s sister Kylie Jenner.

Her husband Justin Bieber also seems to be a fan, being seen wearing several variations of the love ring, especially the yellow gold, in several photos. 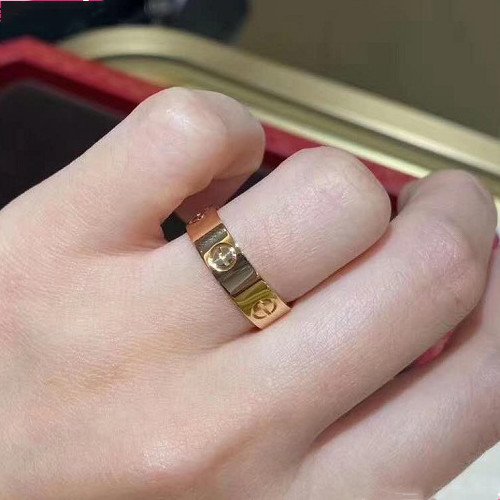 The love ring isn’t just a female favorite, as proven by the hilarious actor, Ryan Reynolds. Many know him from his role as Deadpool or more recently the comedy Free Guy.

His yellow gold Cartier Love ring which he wears as his wedding band was first spotted when he came on the Canon show. It’s nice to know there’s a romantic side to him with all his jokes and games.

For the Pretty Little Liars (PLL) fans, Ashley Benson needs no introduction. This beautiful actress was spotted wearing her yellow gold Cartier Love ring while on set, and again on an Instagram post with her fellow PLL cast.

But the love ring isn’t the only Cartier ring in her collection. The PLL director also gifted her and the rest of the girls matching Juste un Clou rings towards the end of the show. 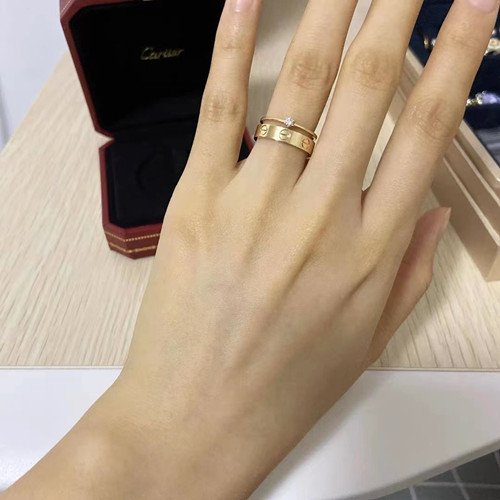 Ashley Benson isn’t the only PLL cast member who’s a fan of the Cartier love ring. Janel Parish, who starred as the loved and equally hated Mona on the show, also has her matching ring.

This is seen in the Instagram post by Lucy Hale, where the 8 girls were flaunting the tattoos, they got to commemorate the end of the show.

Coming into the spotlight after his role in Karate Kid, Jayden Smith has made a name for himself as being notoriously defiant in the world of fashion. His style is not just out of the box, it is in another dimension and with this ring, it is no exception.

In this list, he was the one who had the most creative way of wearing his Cartier love ring. At the NYC Divergent premiere, the young prodigy showed up with about three or more yellow gold Cartier love rings adorned on his dreadlocks as hair accessories.

It is not the first time he has defied the rules and made a trend out of it. 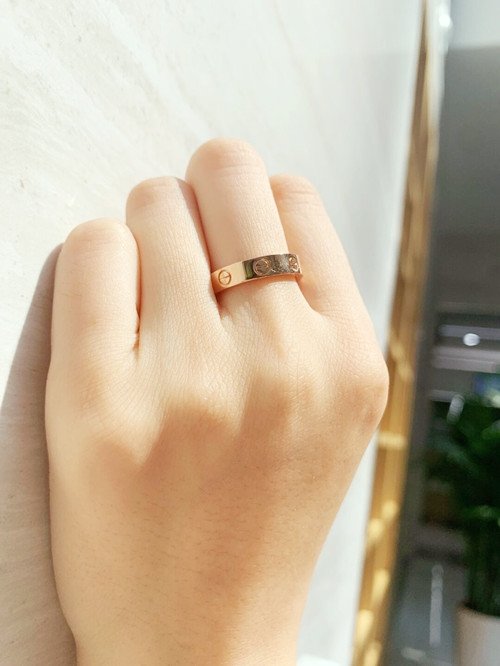 Another celebrity who chose the Cartier Love ring as their wedding band is the beautiful Lara Worthington. The Australian model has been seen in several photos flaunting her diamond-paved yellow gold Cartier love ring. Whether it’s on magazines or paparazzi shots.

Last but not least is the talented actress, Cameron Diaz. Cameron has been spotted with her favorite Cartier combo for quite some time now. The combo is made up of the iconic Cartier trinity ring, stacked with the rose gold Cartier love ring.

She even appeared in the movie, the Other Woman, wearing the rings. At some point, people even began speculating that they were her engagement rings. They weren’t but judging the fact that she always has them on, it is clear they were a gift from someone special. With the number of celebrities spotted with the love ring, one would think they are paid to promote it.

But the reality is that they are just fans of this exquisite piece.

The Cartier love ring like the bracelet is a symbol of long-lasting love and commitment.

That is the main reason they make the perfect wedding band. What’s more, the design is unisex and suitable for both genders.

Not to mention its simplicity is what makes it blend well with any outfit or occasion.

But its uniqueness is enough to make a bold statement. No wonder celebrities love the ring so much.