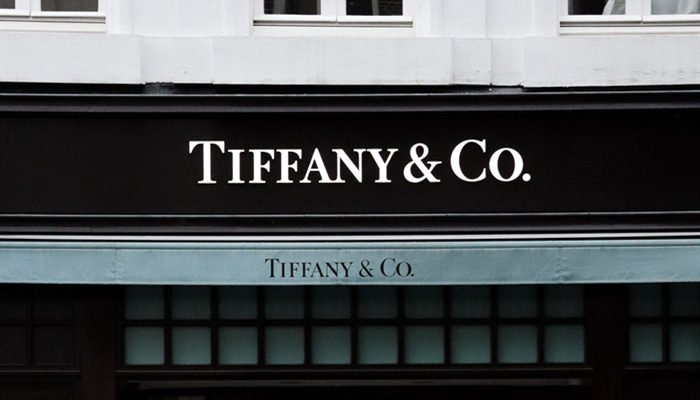 If you are looking for the most spectacular diamond jewelry, it often means that you have to spend a bit more from the top brands. These are the brands that sell the best quality engagement and wedding rings, and the only thing you need to ask yourself for an excellent deal is ‘how deep are my pockets?’

This article shares the details of these three companies, and what you need to know about what they have to offer. But first, the basics.

Cartier was founded back in 1847 during the subversive times and then the ongoing French Revolution. It started out as a small watchmaking store/ workshop that Louis-Francois Cartier from the master.

Over the years of growth and success, surviving the Revolution, and with the rise of the Second Empire, Cartier grew tremendously to be one of the leading jewelry companies today.

As Cartier focused on jewelry making while still making watches, they first opened their first boutique in 1859, a move that was followed by Louis-Francois’ son taking over the operations of the business.

The ownership transfer to the son was punctuated by Alfred moving the business to the rather prestigious Rue De La Paix that sits in Paris’ jewelry district. And as history would have it, his sons further expanded the Cartier brand to New York and London. 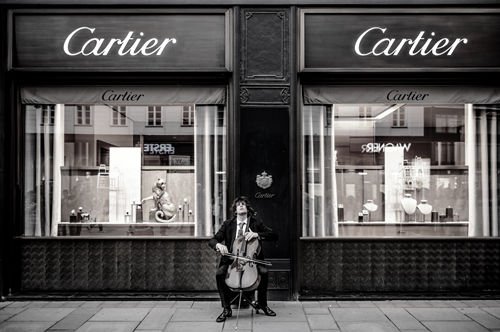 With these changes, expansion, and to ensure the brand’s success, Alfred’s third son stayed behind in Paris, continuing Cartier’s growth back at home.

He offers some revolutionary ideas that today are the hallmarks of the Cartier brand – specifically; he pioneered Cartier’s use of platinum in their jewelry.

This move resulted in even greater success for the brand, earning Cartier the coveted title of the ‘Jeweller of Kings, King of Jewellers’ from King Edward VII.

This endorsement was just the beginning of the celebrity endorsements. The other endorsements that followed included the commissioning of the Cartier watches by Louis’ friend, Alberto Santos-Dumont.

This commissioning had Alberto wearing the watch while piloting – this was made possible by the lighter-than-air machine design, and with Alberto’s celebrity status, wrist watching became a trend, and Cartier watches became a must-have accessory for most men.

One of the unique watch designs that stand out from Cartier is the very successful Cartier Tank, a beautiful timepiece that was inspired by Louis’ short stint on the Western Front and him coming across the Renault FT tanks that hew as in action.

Louis turned the war machine profile into something beautiful and elegant, and Cartier’s best designs of watches. The success from this beautiful timepiece gave birth to the Pacha of Marrakech, a waterproof Cartier watch that could be worn while swimming – this boasts a unique canteen crown better known as Cartier Pasha.

But the designs of these timeless timepieces were not the end for Cartier’s watch line as the brand soon came up with their most iconic creations – the triple gold Trinity Ring featuring three filaments of white, red, and yellow gold.

By 1900, Cartier crowned many heads of states and aristocrats from all around the world, all looking for platinum magic. In 1938, Cartier made one of the smallest wristwatches in the world, and this watch was given to UK’s Princess Elizabeth.

1942 was a rather sad year for the Cartier family and brand because that’s when Louis Cartier passed, but this was the time when the brand’s creativity and success grew because his creativity lived on in the family.

So, with inspirations from Jeanne Toussaint and Alain Dominique Perrin, the Cartier line kept flourishing; and it led to the birth of Cartier’s almighty Panther.

This remains an iconic symbol for Cartier, even as the brand grew its watch and jewelry lines. This same year marked the creation of the masterful symbol in the form of the brooch – this brooch was referred to as the Caged Bird, and it symbolized the occupation.

Consequently, in 1944, they created the Freed Bird Brooch to celebrate France’s liberation.

This was followed by the exceptional pear-shaped 69.42-carat diamond necklace sold to Richard Burton, who gave it to Elizabeth Taylor, hence the renaming of the necklace a Tayloe-Burton.

Their creatives works in watch and jewelry making continued over the years, and they came up with the love bracelet, more necklaces, and watches; and in 2003, they launched their first collection, the Panthère de Cartier collection.

Today, Cartier continues to push beyond the challenges and their boundaries, setting the bar real high as it comes up with unique ideas and collections like the ConceptID Collection.

This new collection utilizes a 100% transparent ceramic case that’s air-sealed, hence the reduction of resistance to all the moving parts. This was followed by the titanium movement watch, the Concept ID Two.

And while the company boasts some of the best watches, they pride themselves in even more of the most elegant of jewelry designs and styles.

What’s so special about Cartier? 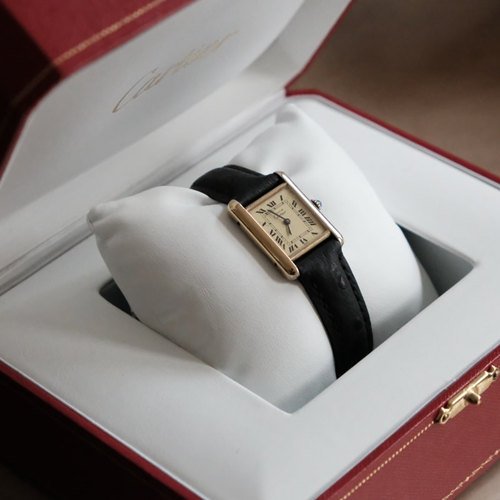 Besides being the first jewelry company to use platinum in jewelry, which is an impressive feat to the company to date, Cartier is a special jewelry brand thanks to the elegant and high-end watches that have been worn by world leaders and aristocrats.

And thanks to the excellent craftsmanship of the jewelry offered by the company, vintage pieces of jewelry by Cartier are in mint condition, even after being in existence for 100+ years.

Cartier watches, the love bracelet, and Cartier jewelry, in general, are the reasons for the brand’s success.

Popularized by Breakfast at Tiffany’s photo, the infamous and based in Broadway, Tiffany is one of the iconic jewelry brands that has since established itself as an emporium for all of the fashionable ladies’ jewels and timepieces, all boasting the clean, American Style that represents a rather distinct departure from the opulent styles associated with the Victorian Era. 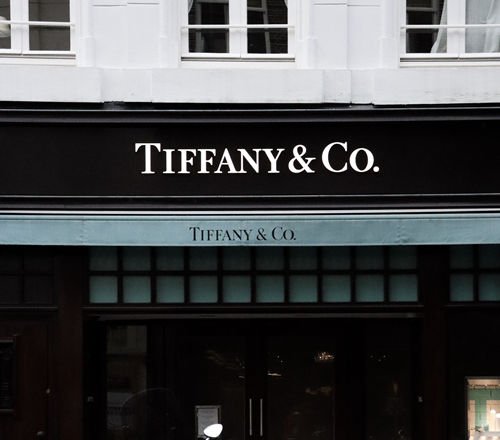 Tiffany also prides itself in being the first company that adopted the British Silver standard for using silver metal at a percentage purity of 92%.

Thanks to the premium qualities of the silver used in their jewelry, Tiffany received recognition internationally and won the grand prize for its silver craftsmanship in 1867 at the World Fair in Paris.

But notably, it wasn’t until later in 1878 that the link between the world’s finest diamonds and Tiffany Jewelry was created.

One of the things that played a huge role in recognition of Tiffany is that in the same year that the brand was recognized for its jewelry designs prowess – this was the same time that the company acquired a rather astonishing amount of 287.42ct rough-cut Fancy yellow diamond mined from South Africa’s Kimberly diamond mines.

This huge diamond was then cut into a polished 128.54ct gem sporting 82 facets, which maximized the diamond’s sparkle and fire. This same diamond was set in the necklace that was worn by Audrey Hepburn for Breakfast at Tiffany’s publicity photos in 1961.

The diamond was named (rightfully so) the Tiffany Diamond. This canary-colored gemstone cemented the brand’s reputation, and it was regarded as the ultimate luxury destination. Today, the gemstone still resides in the flagship Tiffany store in New York.

But that isn’t all, and the other thing that led to the popularity of the brand is that in 1887, Charles Lewis Tiffany shocked the world and hit the headlines when he purchased 1/3 stake in the French Crown Jewels, a business move that earned him the nickname of ‘The King of the Diamonds.’

After his passing in 1902, Louis Comfort Tiffany took over the management of the company as its first official design director. The Art Nouveau movement further popularized the brand as Louis created more of the innovative and nature-inspired jewels that were made using materials like enamel, gemstone, and glass.

The Tiffany Artistic Jewelry department was also established soon after in the Fifth Avenue store to allow for the manufacture of the company’s jewelry, as well as the precious stones.

Tiffany’s dazzled the world with the best of diamonds, and they unveiled the kunzite in 1902, the morganite in 1910, the tanzanite in 1967, and in 1974, they unveiled the Tsavorite. All these were made possible by the company’s team of elite gemologists that sourced the most spectacular of gemstones.

These developments fuelled the company’s success, and in 2012, to celebrate the brand’s 175th anniversary, the Legacy collection that features beautiful diamonds and the most magnificent selections of colored gemstones was unveiled.

Today, Tiffany boasts a number of many other collections, with the option of creating your own set. And with the distinctive Tiffany Blue Box, the company is, without a doubt, here to stay.

What’s so special about Tiffany? 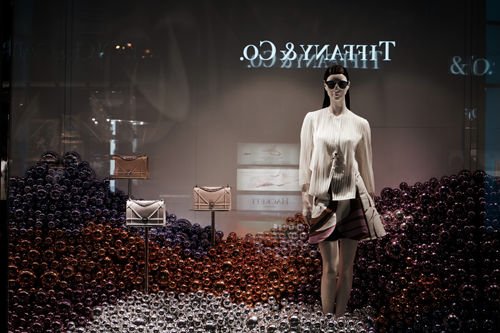 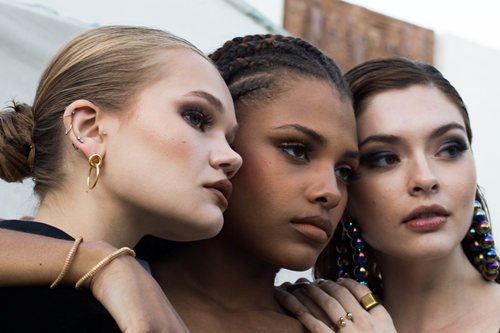 De Beers is the leading diamond company that deals in a product that is largely regarded as the supplier of the most desirable and the most valuable commodity for consumers.

De Beers controls the distribution of up to 80% of the total market thanks to its Central Selling Organization, which, without a doubt, holds a huge market share. But that isn’t all that the company is known for, as its marketing techniques and control of the diamonds’ market spans over 50 years.

For years now, De Beers has taken up the top spot as the leader in all diamond matters, and to this extent, it is a monopoly. But it’s thanks to the market monopolization by the brand and the company’s secretive marketing tactics that the company has placed itself as the top diamond distributer in the world.

What’s so special about De Beers?

De Beers is the world’s largest diamond producer and distributor.

Although the company has many subsidiary companies, it is responsible for as much as 40% of the global diamonds supply, including the diamonds that are used in industrial applications.

It is also the company behind the winning marketing phrase that we all recognize diamonds by ‘A diamond is forever.’

Cartier, Tiffany, and De Beers all offer some of the most luxurious brands of jewelry on the market. And though they all have some features that set them apart from each other, they all offer diamond products.

Their prices are also high, but for the most part, especially if shopping from Cartier or De Beers, the quality of your products is guaranteed.

So, if you are looking for high-end jewelry with diamonds, these three companies offer you the best place to start.

If you want to know more about jewelry brands, please visit here for more.