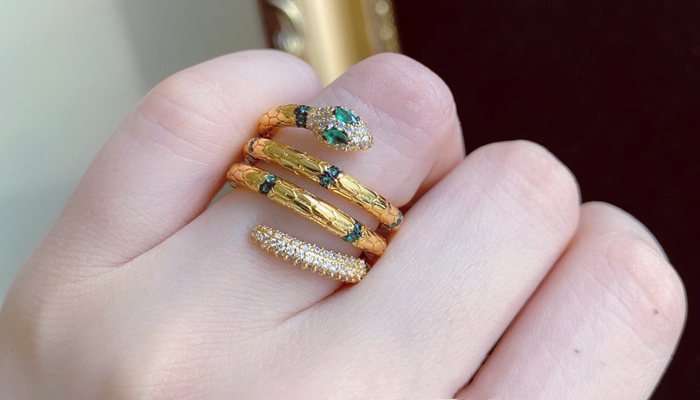 If you are reading this, it’s highly likely that you have been seeing an increasing number of individuals wearing gold snake rings, or you could be interested in getting one such ring, but before you do, you just want to know that you are not just a part of a fad. 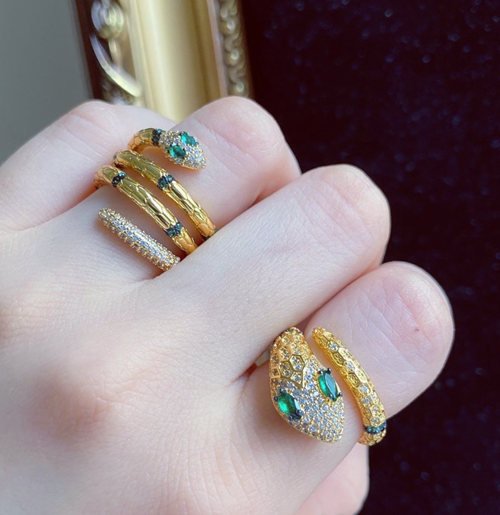 While none of us would want to be in close vicinity to a snake, gold snake rings appear to be a very popular choice for women today. And even if you are not that much into yoga and yogic beliefs, you may be drawn to the gold snake ring. Well, that would have to do with the strong beliefs that are entrenched in this design of gold snake rings and what they believe. Archeologically, snake rings are quite cherished – not just because they are made of precious metals but also because they carry a great symbolic significance in many cultures.

A record of the first evidence that shows the use and reverence to snake rings dates back to the 70 and the 80,000-year-old snake-shaped ring that was discovered in the hills of Botswana – The Mountain of the Gods.

But there are numerous other accounts of snake rings (rather snake-like jewelry) that point to the importance of snakes in most cultures. 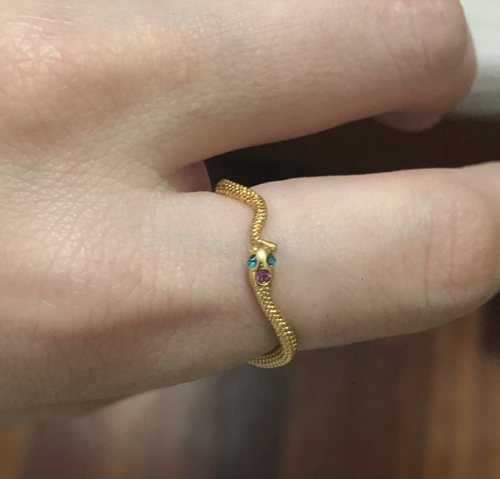 For the most part, a majority of the symbolism around snakes and snake rings point to a moving snake caught in the light, with the snake’s head accented in gemstones set in plain metal designs.

One of the most popular variants of the snake rings is believed to have been crafted and developed from the idea of mythical creatures known as the Ouroboros.

It is believed that the design of these mythical creatures featured the snake eating its own tail, and this way, created this eternal look that’s been long a symbol of time and life.

The other styles of the ring would include the serpent winding around the finger of the wearer, and in other cases, it featured double serpents for the ring.

So, what do snake rings mean? 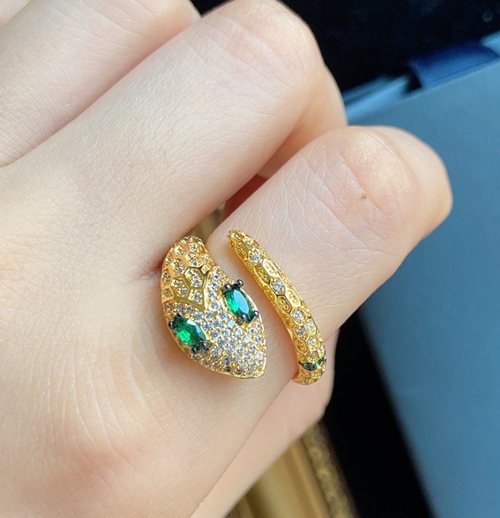 Well, the ring’s circle is a symbol and a representation of wholeness and of perfection. Therefore, the ring is a symbol of eternal love, a love that lasts for centuries, especially in Christian marriage ceremonies. The snake rings are also believed to add some symbolism to the ring’s cycle, but it also bears great significance across multiple cultures.

Take Greek mythology, for example, where the snake rings were worn all in honor of the Greek god of healing called Asclepius, the god that Zeus struck down because Zeus feared Asclepius would transform all mankind into immortals. Today, the snake on the ring still holds this symbol in Medicine.

And in Ancient Greece as well as Ancient Rome, the snake was considered a symbol of rebirth and regeneration thanks to the skin-shedding of the snakes.

Beyond these, the snake symbols would also appear as symbols in different artifacts across most religions, including Hinduism and Christianity, not to mention in Norse, Aztec, and Chinese civilizations.

You guys also can read this post entitled: snake ring meaning. It is a more detailed post! 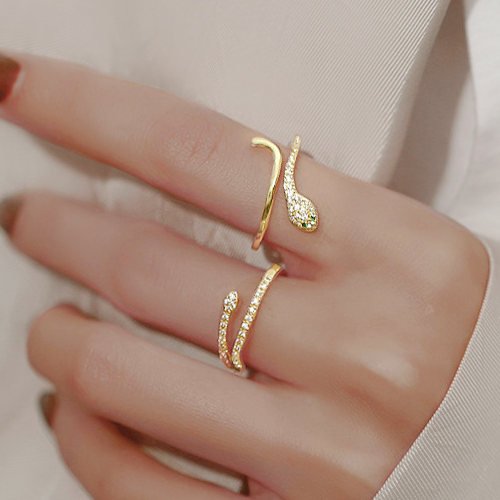 Is it good to wear a snake ring?

According to the sacred beliefs around gold, as it was established in ancient China, India, and Persia civilizations, wearing the gold snake ring is important because gold is believed to open the crown chakra, helping the wearer in all areas of their lives. The gold ring is also believed to carry protective powers, and it will bring the wearer peace, happiness, or stability. 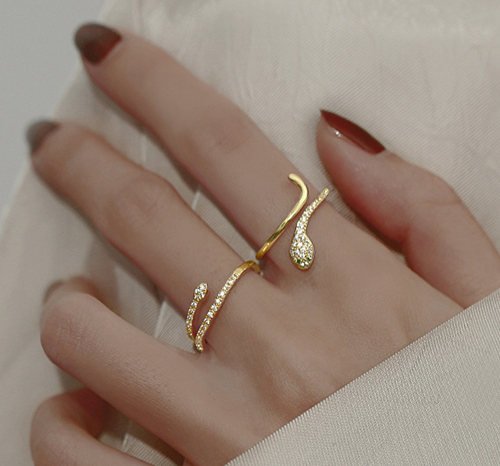