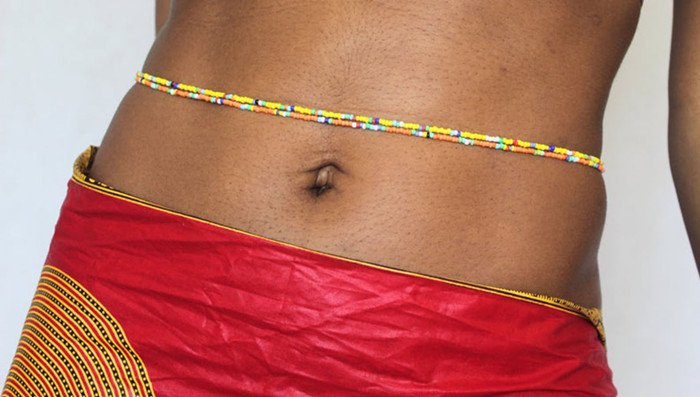 Today there are numerous accessories to choose from and more keep coming up or being brought back. But the waist beads are the best and most sensual accessory trend you’ll ever see.

Adopted from African culture, more and more women around the world are joining in on the trend. It’s no surprise, given the benefits of the beads, the main being how it accentuates your waist and makes it appear trimmer and vibrant.

There are, however, controversies about wearing these beads. Some people see them as evil and don’t think that women should wear them at all. But even among those who care for women wearing the beads, some are concerned about whether or not the beads should be seen or not.

You might be one of them since you are reading this. But not to worry, in this article, we will cover whether or not it is wrong showing your waist beads and why?

Are Waist Beads Supposed To Be Shown? Why?

The waist bead trend is becoming increasingly popular with more and more women getting themselves a set. 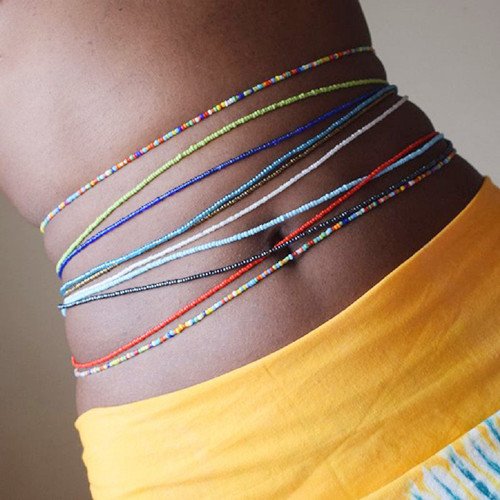 The main reason behind the popularity could be due to the sense of empowerment and confidence the beads provide, especially about the female body part that most are uncomfortable with or even embarrassed with when they put on a little weight.

Like we mentioned, the beads help accentuate the waist and make it look slimmer. It adds vibrance to the area with the colorful mixture of beads strung together.

To support the argument, many have pointed out that even in the African cultures where the trend was adopted, most women would wear the waist beads under their clothes.

Also considering the seductive nature of the beads, most would argue that the beads being shown would draw unwanted attention to the women. 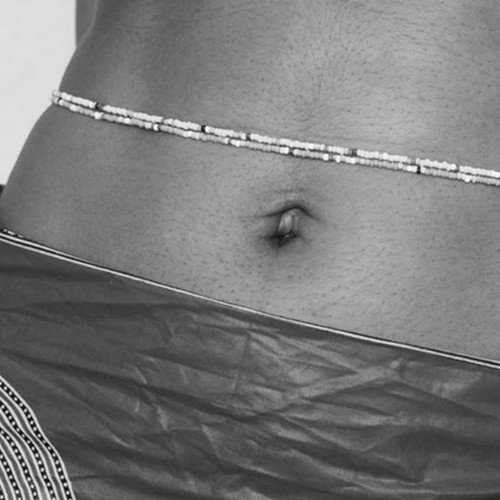 After all, African women in the past were said to have only shown the beads to their husbands or lovers, in an attempt to spice up the marriage and relationship. It was a very intimate communication, between the woman and man and therefore should be kept private.

But then again, we have to consider the reasons why most people wear waist beads today. Some wear the beads as a way to show respect to their heritage and roots.

For such people, they may want to proudly wear the beads openly on top of their clothes, and there shouldn’t be anything wrong with that. In any case, the waist beads also make beautiful belt accessories that will compliment your outfit spectacularly.

What Does It Mean When You Show Your Waist Beads? 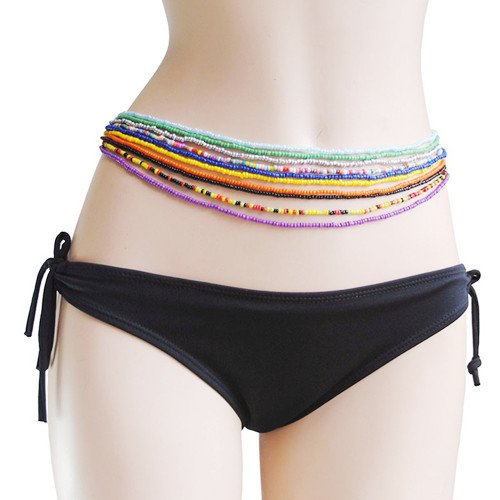 There is no clear rule on whether or not women should show off their beads when they put them on. Still, there are various ways to interpret the waist beads showing.

As we’ve already mentioned, the beads increased the allure of women, and in African culture, they were worn under clothes. But that doesn’t mean that there weren’t occasions when the woman bent or stretched.

The beads peeking at random intervals were both surprising and enticing to the onlooker. This is why it is believed that women used this tactic to tease their husbands and lovers. Only they were allowed to see the beads on their waist.

Today, the reasons for wearing the beads have slightly diverted from the original cultural practice. Some show their beads as a way of paying tribute to their heritage.

Others simply wear the waist beads as accessories and use them for self-expression and to make a bold statement. For others, there is no meaning to wearing or showing off the beads.

Why Does African Wear Waist Beads?

Based on pictorial findings, it appears that the wearing of waist beads dates as far back as Ancient Egypt. The practice is also believed to have originated from the Yoruba community in Nigeria as well as Ghanaians.

The practice later spread across Africa through trade. There are various reasons why women in these communities wore beads.

For the Yoruba in Nigeria, girls were given these beads as a sign of having achieved womanhood. It was a sign of maturity and growth. Almost like a rite of passage.

Ghanaians had more practical uses for the beads. Aside from it being used as a representation of femininity and aristocracy, they were also used to hold up the menstrual cloth for women.

In some communities, the waist beads were put on babies during their naming ceremonies, because it was believed to accentuate and mold their waist and hips. Some women would add crystals and oils to their beads and used them for healing and rejuvenation.

Today, however, women around the world put on waist beads for different reasons. The main one is as a convenient and cheap way to train their waist.

Having the beads on helps them maintain their figure since it alerts them, by rising the waist, whenever they put on a little wait. Another reason is to show pride in their heritage and connect with their roots.

Others put them on for posture since the waist beads will fit differently based on how you sit. To avoid breaking them, one has to ensure that their posture is correct. There are others also, who simply wear them because it’s a trend.

Other Facts About Waist Beads 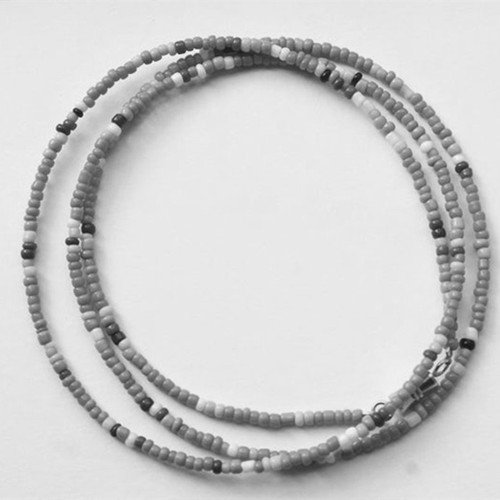 The following are some of the other important facts you need to know about African waist beads, as you think of getting a set for yourself if you haven’t already:

Since there are no hard rules today about whether or not waist beads should be shown, we say that it’s up to you to make the call, based on your comfort.

But even as you go ahead and adopt the trend, ensure you have a clear understanding of what waist beads are and your purpose of wearing them.

This helps you avoid risking cultural appropriation and also helps you feel more confident while adorning the beautiful accessory.