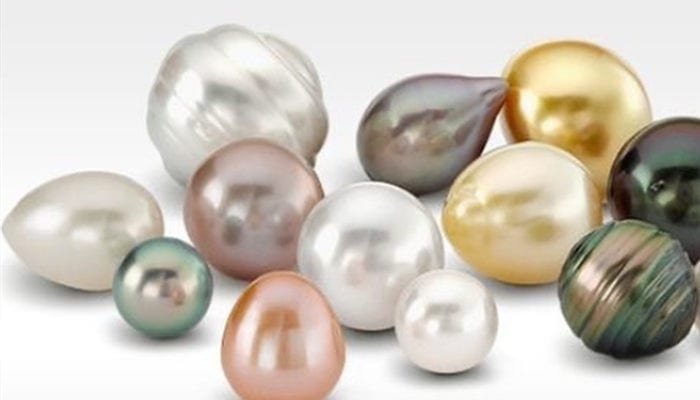 Pearls have a deep history dating so far back in history that no one has an idea of where they originated from.

Diamonds, are and have been all the rage for the past 200 hundred years and long before that. Pitting these two gems together begs the question; are pearls more expensive than diamonds?

Traditionally used in ancient kingdoms of the Chinese, Romans, and Egyptians, pearls have long been a symbol of wealth.

This is no different from the diamond gem that has for long been the reserve of the royal, noble, and elite.

About Pearls and Diamonds 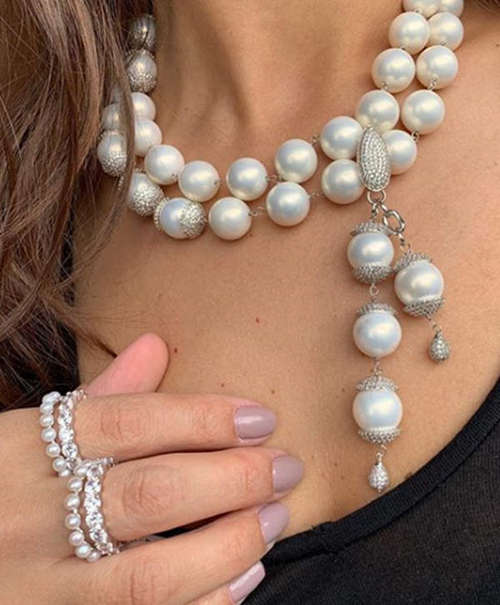 Both these gems can be made naturally or through technologies available. We know diamonds are formed in the earth’s crust with the application of extreme heat and pressure to combine carbon items into a hard crystal.

Pearls, on the other hand, are the only gems to be produced by an animal. They are formed underwater by oysters and spontaneously too. When an oyster is confronted by an irritant, it will coat the irritated area with a layer of calcium bicarbonate.

In time, this coating will harden into a pearl and take on the color of the oyster that created it. This color adaptation is attributed to the oyster’s nacre inner layer.

Are Pearls More Expensive Than Diamonds? 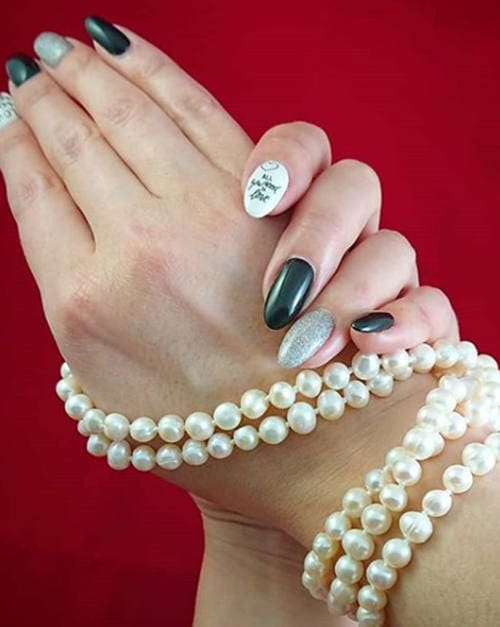 No, pearls are generally not more expensive than diamonds.

Pearls are specially created or generated gems that are produced by oysters which makes them a very valuable gem based on their originality.

However, pearls are also subjected to the GIA grading system that looks at their color, shape, luster, surface quality, size, and matching. A valuable pearl has an excellent luster that borders a mirror-like reflection.

There are four types of pearls measuring different diameters. The largest ones are from the South Sea east of Australia and naturally cost more than the rest.

Are Pearls More Expensive Than Gold? 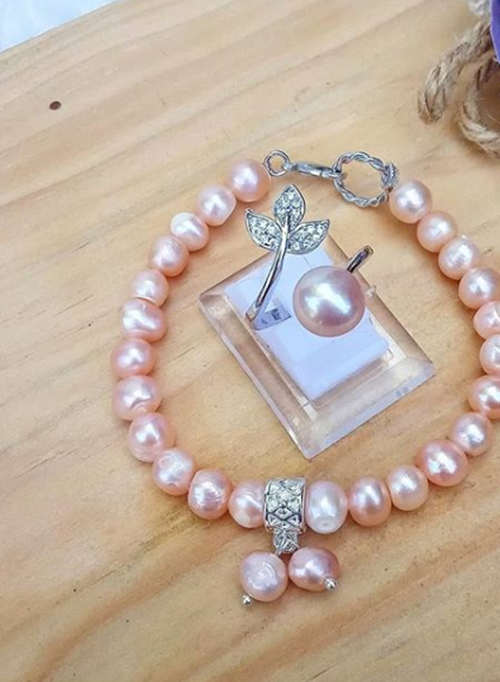 No. Although it depends on the type of pearl you are presenting for comparison. The value of a regular pearl currently goes for anywhere between 300 and 500 dollars. This value could change based on several elements of the pearl such as its color, type, surface quality, and more.

An ounce of gold is trading at about 2,000 dollars currently.

Unfortunately, because pearls and gold do not share a similar measure of scale, it is hard to clearly show which one is more expensive.

However, given the above market values, it looks like on one hand, gold has this in the bag.

On the higher hand, if you are dealing with a South Sea Pearl which is highly valued anywhere between 100 dollars to 100,000 dollars, then some pearls are more expensive than gold.

Are Pearls More Expensive Than Rubies? 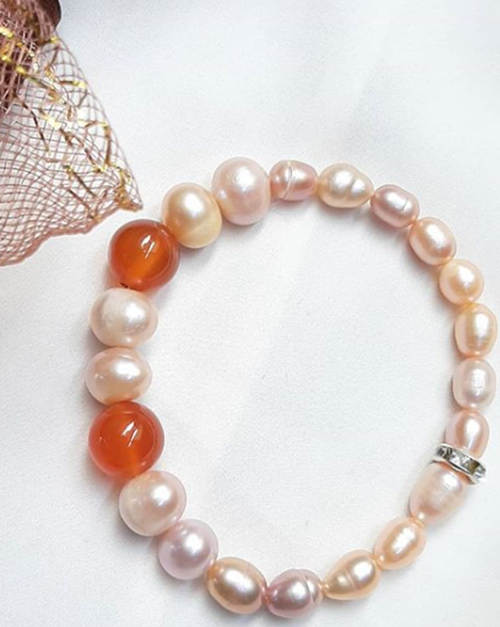 No. Pearls are just as expensive as rubies because they are vintage and highly durable stone.

Ruby is a colored gem that appears in color variations between pink to blood-red. They are mined in various locations across the globe like Pakistan, Vietnam, Australia, India, Sri Lanka, Russia, and the US. Pearls from Myanmar are revered as being superior in quality to the rest.

A ruby under the weight of one-carat goes for anything between 300 and 500 dollars while at one carat, the price goes up to between 450 dollars and 650.

Pearls are within the same price range which could vary between 300 to 500 dollars as well. This however is a rough estimate that needs a practical hands-on-approach to determine the true value of either element on a case by case basis. 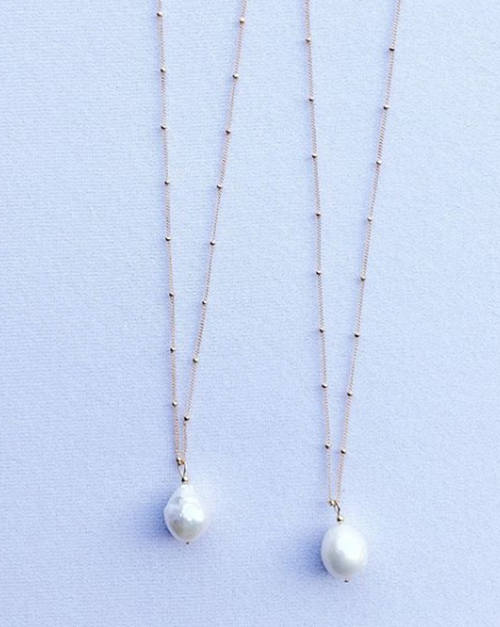 Yes, saltwater pearls are more valuable compared to the freshwater pearls because they take longer to produce. These pearls are the likes of Akoya, Tahitian, and South Sea grades.

These pearls are grown by farmers who have created in man-made lakes in China so they are a cultured type of pearls.

The saltwater mussels can only create one pearl at a time. The freshwater oysters however can produce about 30 pearls within the same time frame.

Cultured freshwater pearls are thicker in millimeters and they are more affordable than the saltwater breeds.

Yes, black pearls are more expensive than white pearls because of their extreme rarity in find and production.

Though jewelers can successfully color a pearl black, it will never have the same glow that natural black pearls have. Naturally, black pearls are the same as white pearls with the only difference being the oyster that breeds it.

Following the same process of creation, black pearls get their color from the Tahitian black-lipped oyster which boasts a black shell interior known as nacre.

When an irritant touches the oyster, it will naturally coat it with calcium bicarbonate to protect itself. This is what turns into a hard pearl and then the color of the oyster’s nacre is overtime absorbed by the pearl to make the black pearls.

This natural process is phenomenal and because of the increased rarity of black pearls, they tend to be more expensive than white pearls.

Yes, natural pearls are more expensive than cultured ones because they are rare and hard to come across.

Natural pearls are hard to come by so this means that most of the pearls we have among us are either cultured or a version of the imitation pearls available.

The value of a cultured pearl is dependent on its size in millimeters, the smooth quality, and gloss of the nacre coating. Pearls may be found in many different colors such as gold, purple, black, blue, bronze, orange while others have a unique blend of colors in their element.

As valuable and timeless as they are, in the present day, pearls are not highly popularized. It could be why their demand and hence their value seems to plateau over the years.

However, pearls introduce a cool alternative to the other gems found by breaking ground.

They also provide a great source of livelihood and income for many families in China.