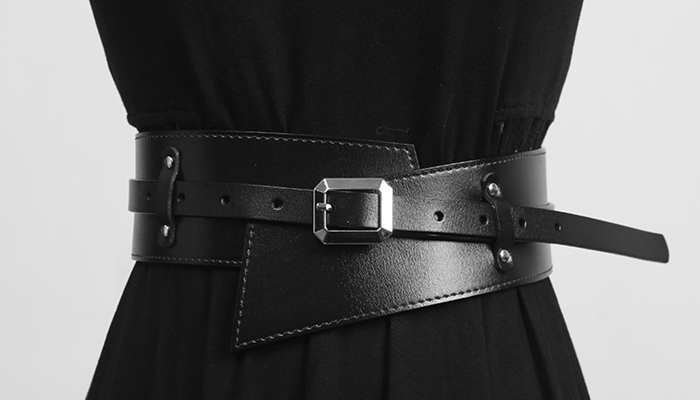 Isn’t it crazy to think that how the society views the hot and sexy human body today is much like the views held by society early in the beginning of the 20th century?

Think cinched waist, wide hips, and a wide bust that is nonetheless smaller than the hips or rather, the ‘It Girl’ of the 1900s, also called the Gibson Girl, who would quickly turned this girl into the Beyonce of that era.

This feminine body is demonstrated by the perfectly looping figure 8, which has now come back to life as the big fashion trend thanks to the super-cinched corsets that pretty much described the Victorian era.

A lot of these fashion accessories that cinch the waist are back in the fashion scene today, albeit in a band, and the corset belts that are quite stylish today are prime examples of this trend.

And so, despite the many changes that have taken place over the years with regards to the ‘perfect’ female body – we hold on to the belief that all human bodies are perfect and beautiful, the trendiness of the corset belts cannot be overlooked. 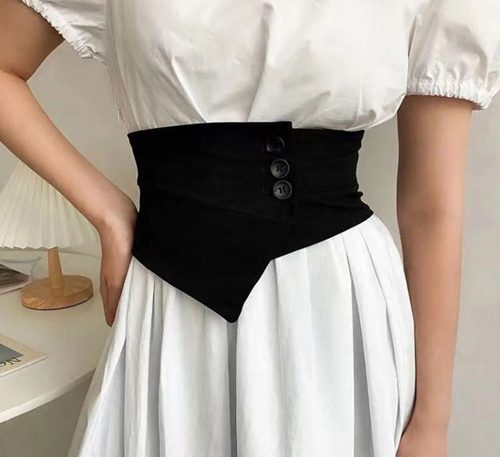 It also points to the modern woman’s acceptance of her curves, which, you will agree with us, are made to look even more stunning by the corset belts.

Of course, this is not a fashion accessory for everyone, but if you, dear reader, are fascinated by the corsets and corset belts or just belts in general and often go for the cinched waist look, then this article on corset belts’ popularity in 2023 is meant for you.

However, let’s briefly take a look at the history of corsets before we share details about why they are a great fashion accessory today.

About corset belts in history

Did you know that the corsets have been around for many centuries, although they were limited to specific Caucasus tribes, specifically, the Abkhaz and the Circassians? And since these times in history, corsets were recognized as essential accessories needed to beautify women, while also ensuring and encouraging modesty. 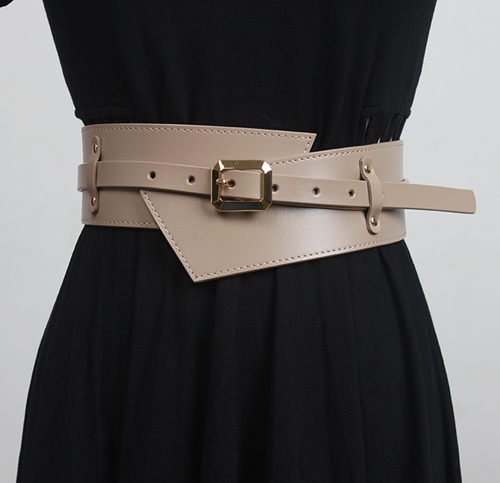 Also, did you know that our beliefs about why women had to endure the discomfort from the corsets of the olden days has nothing to do with inventions made by men but women. You may not know this, but the modern-day corset was invented by a British inventor and writer called Roxey Ann Caplin in 1839.

This is not the most known account on the history of the corset, but it is not the only one, especially because many other texts note that the corset originated from Italy in the 1500 and 1600 BC.

Its actual origins are largely unknown, but the very first image of the corset is one of a corset made in c.1600 BC, and worn by a Cretan woman. In this depiction, the corset was worn as an outer-garment.

This changed after some time, obviously, especially because history records the corset as both an undergarment and an outer-garment, largely depending on the time period when it was worn.

The corsets were tightly laced, and one corset would have as many as 50 laces, which a woman was expected to wear from her childhood to her wedding night.

The other thing to note about the history of this garment is the fact that the name corset is derived from French, specifically, the word for ‘corset’, that means a specific type of tight, laced bodice.’ This was a phrase that was used as early as 1300AD. Then there is the term ‘Stays’ which was used frequently in English from the c. 1600AD. 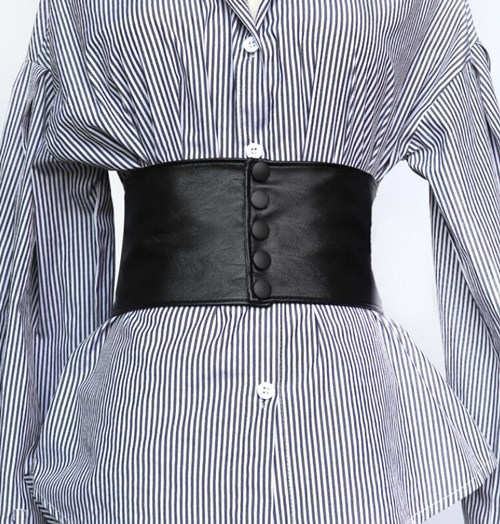 Later in the 16th and the 17th centuries, the corset worn as an undergarment became increasingly popular in Italy after its introduction into France by Catherine De Medici.

Upon its introduction, the French women embraced it well. This corset was an elongated and tight bodice worn underneath clothing, with the French women seeing it as indispensable item of clothing that was important for the beauty and the figure of every female.

In the 18th and 19th centuries, a conical shaped corset was introduced, and this created a large contrast between the heavy full skirts and the very rigid quasi-cylindrical torso corsets. These 18th C designs were meant to raise and better shape the breasts, support the back, tighten the midriff, and improve posture – these reasons encourage wearing of corsets to date.

From this time, the corsets have been evolving, and though wider corsets are still popular, the corset belts seem to be taking over the fashion scene by storm.

Are corset belts out of style?

No, the corset belts aren’t out of style, and they are regarded as the trendy accessories that will shape the fashion scene in 2023, and maybe for years to come.

Yes, the corset belts are stylish in 2023 and they are considered one of the most fashion-forward under and outer-garment. The best part is that there are many ways of wearing the traditional corset and whatever style you choose, the corset belt will always create a more defined waist that will add a nice flair to your outfit while making your waist appear even smaller. 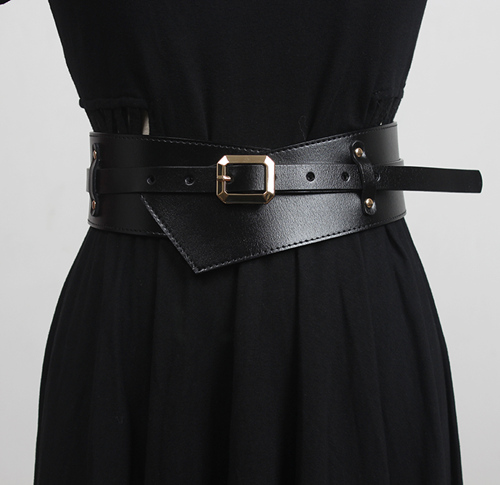 Why or why not the corset belts still popular?

The corset belts are still popular because they are a fashion accessory that has made a huge comeback in the world of fashion and now, everyone wants to wear them. There is also the fact that the corset belt is stylish and elegant, and it would make any outfit you wear look even better.

The availability of many types of corset belts is the other reason for the popularity of the belt. Some of the corsets are thinner like the wide belts, while others tend to be fairly wide and will sit underneath the breasts.

And with these versatile options for you to choose from, there is something for everyone, every look, and personality. For many fashionistas, it is this level of versatility that makes the corset belts a popular choice. You also get different colors, materials, and embellished styles to choose from. 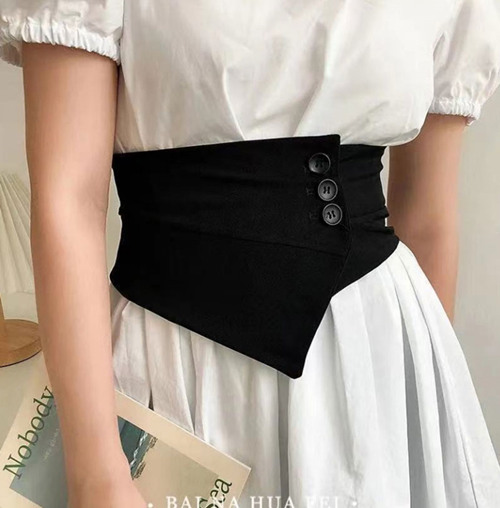 Pros and cons of corset belts

Should you wear corset belts in 2023?

If you like the style of the corset belts, then there is no reason you should not wear the belt, well, unless you feel uncomfortable in it.

If you like the style of the corset belts, then there is no reason why you should not wear the belt, well, unless you feel uncomfortable in it.