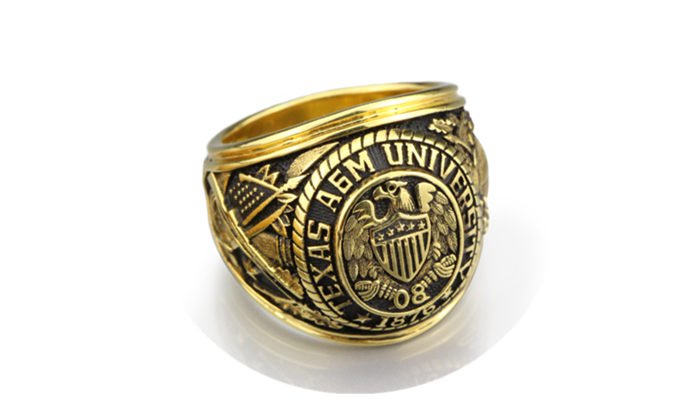 You could argue that the whole idea of college class rings is totally an American thing, but it’s quite interesting to learn that despite being almost two centuries old, college class rings are still popular, and graduating classes from the most prestigious colleges wear these rings with great pride.

Some people have been known to wear college class rings for the rest of their lives. So, why is this the case? Are they here to stay, and are college graduates today enamored with the rings?

What is a college class ring?

A class ring or graduation ring can be defined as the ring worn by college alumni to commemorate their graduation from college.

In other cases, the cut of the center stone might also vary, as will the selection of emblems, insignia, pictures, and any other words engraved on the class ring.

Despite the role played by the class rings, there has been a drop in the demand for class rings, and not as many graduates are buying class rings as they did 50 years ago, for example.

The college class ring tradition is still alive in most parts of the country, though. According to data from a report published in 2011, there had been a significant decline in the demand for not just college class rings but also the traditional yearbooks.

The number of class rings for colleges and high schools sold today has drooped a great deal, and the sales made 30 years ago cannot be compared to the sales that are recorded today. 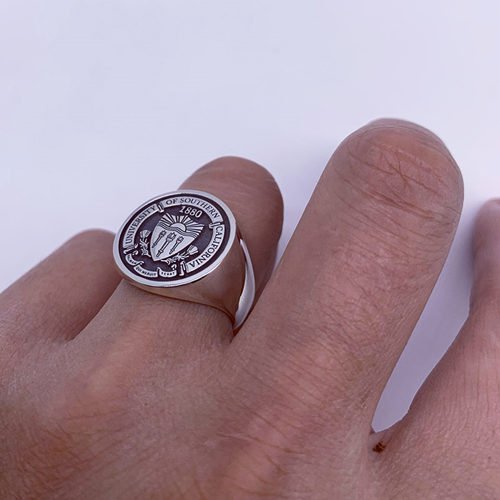 So, this tradition that dates back to 1835 at the West Point Military Academy doesn’t hold as much credence as it did when it was first introduced and in the years that followed – a time when wearing a class ring from a prestigious college, for example, would result in open doors almost instantly.

Today, it seems that while graduating classes like the idea behind the class rings, they are not very keen on wearing the bulky traditional-looking rings, and not many students would be willing to spend a few hundred bucks on these class rings.

However, there seems to be a shift in the preferential jewelry for graduating classes, where instead of the contemporary ring designs, an increasing number of students graduating would rather tags, necklaces, lockets, and bracelets.

So, the interest is still there, but people are now choosing to honor this old tradition with other kinds of jewelry.

Signet rings are, however, coming back to the fashionable jewelry scene, and the options available today appear to be the preferred choice of class rings for students who are confident and need rings to allow them to show off while articulating their views in the best way possible.

There has also been an increase in the demand for class rings or signet rings that feature the perfect mix of the commemorative elements of the ring with the best fashion elements, hence some of the most expensive rings for class rings, especially for college graduates and also for business/ corporate groups.

But even with the decline in sales and demand for the class rings, the emotional significance of the rings remains an important and a big part of colleges across America, which is why in some parts of the country, especially the South, the traditional class ring still holds a big and an important part of the traditions that make up their colleges.

This huge divide is expected to continue growing, especially where Gen Z is involved, because this generation could care less for a college class ring.

Does anyone wear class rings anymore? 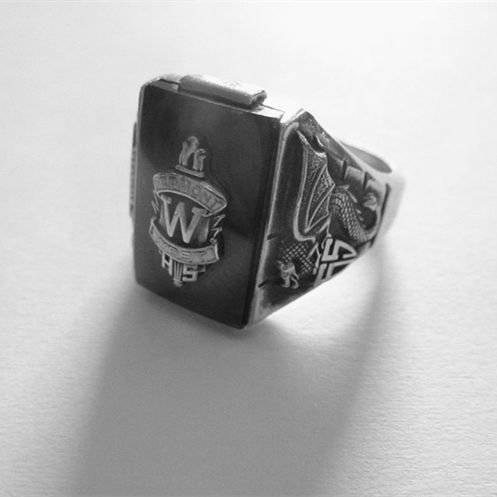 The intentions to buy the best of class rings might still be there, but not as many people are buying this accessory anymore.

And for the graduating classes, there seems to be an increased demand for the best commemorative jewelry like bracelets, lockets, pendants, and necklaces over the contemporary rings.

However, more elegant and classy rings like the signet rings have grown in popularity, meaning that graduates are choosing to wear more elegant ring options to commemorate their graduations.

That said, there still is a big percentage of colleges, high schools, and students that hold the class ring traditions dearly, and for these individuals, the rings are an important part of their lives, so they keep them on.

What this means is that although not everyone is into class rings, these rings are no longer the most popular option for graduating students, whether in college or high school. Yale or Harvard graduates would, however, still be seen wearing their class rings decades later.

Are college class rings a thing? 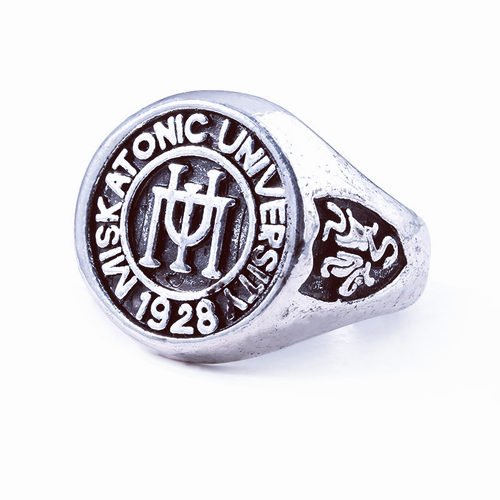 Well, it depends on the school, but an increasing number of students (Gen Z) are abandoning the idea of college class rings, especially because the class rings are seen as a way of putting more money into the colleges. The class ring doesn’t really guarantee a job or the best work experience to increase the wearer’s employability.

Pros and cons of wearing a class ring 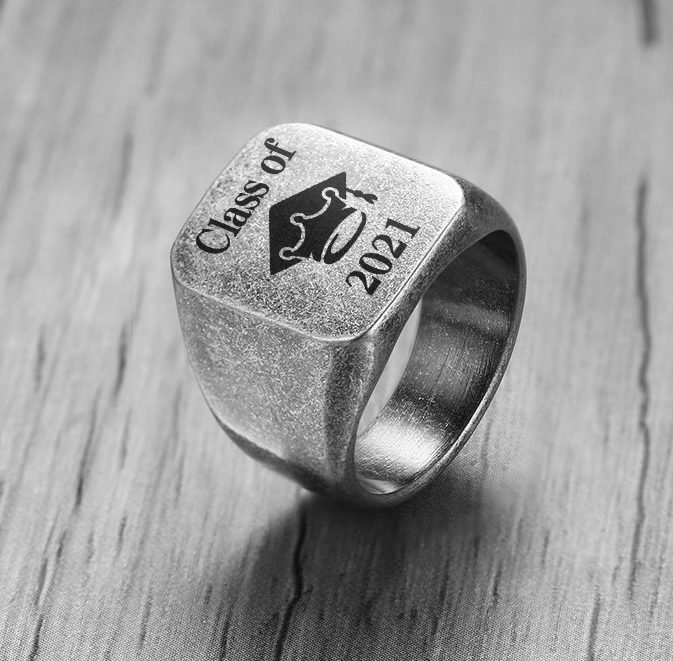 Class rings are a waste of money?

Are college class rings worth your money? If you are reading this, you know that this old tradition dating back to 1835 in West Point, the then leading US Military school is one that has stuck around for quite some time. But almost 200 years later, people are questioning the need for class rings and whether these rings are worth your hard-earned money.

Well, it depends on your beliefs. For most schools that feature class rings, the ring is regarded as this tangible symbol of the college’s heritage, and the emblem incorporated signifies the students’ great achievement and a uniting symbol for new and old alumni of the institution. If you believe this, the class ring wouldn’t be a waste of money for you. 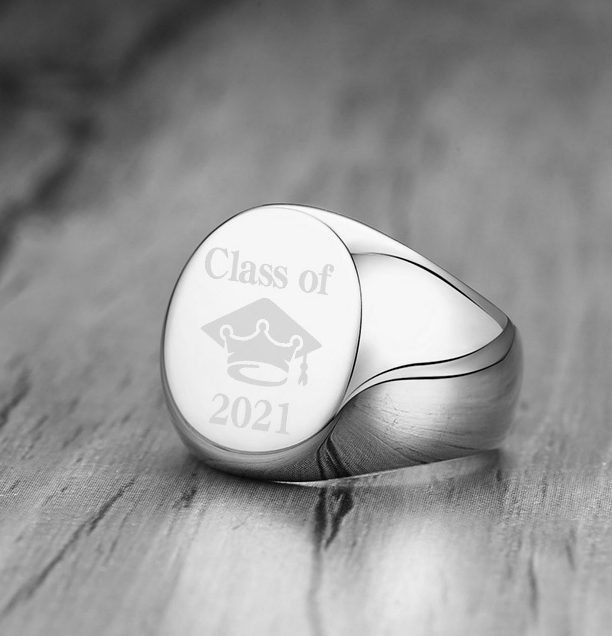 What to get instead of a class ring?

Instead of wasting money on a class ring, you might want to try out options like bracelets, lockets, necklaces, etc. Statement signet rings are also popular today. Basically, anything more elegant and classy is a preferable choice to the old-style class rings.

College class rings are no longer that popular, and they are also considered a waste of money, which is why few people subscribe to the idea of class rings, and you may be one of these individuals.

The best part is that there is nothing wrong with holding to such beliefs.