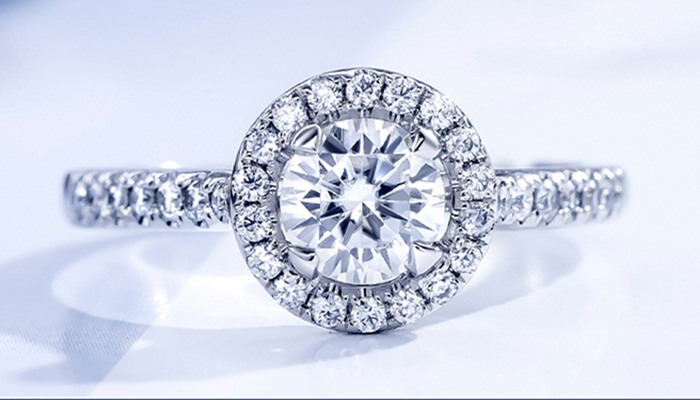 Though expensive, natural diamonds are some of the most desirable gemstones on earth, with pretty much anyone thinking of getting an engagement ring thinking diamonds.

And it all makes sense; diamonds are captivating, precious, and rare. They are the dream gemstone for most girls, and the idea of sparkling jewelry often ends with diamond jewelry.

After all, it is the hardest substance known to man and the stone with the brightest natural sparkle. Because of all these and the DeBeers company marketed the natural diamonds as very rare gemstones that last forever (we now know that the diamonds are not that rare or indestructible), diamonds are some of the most important expensive gemstones used in jewelry making.

But a keen analysis of the frenzy around diamonds makes it clear that when it is all said and done, the natural diamonds are worthy gemstones boasting many little advantages.

And we’ll be looking at all that here. Buying a diamond is quite a significant investment financially, but it is also one of the most important purchases that you will ever make. So, let’s get right into it! 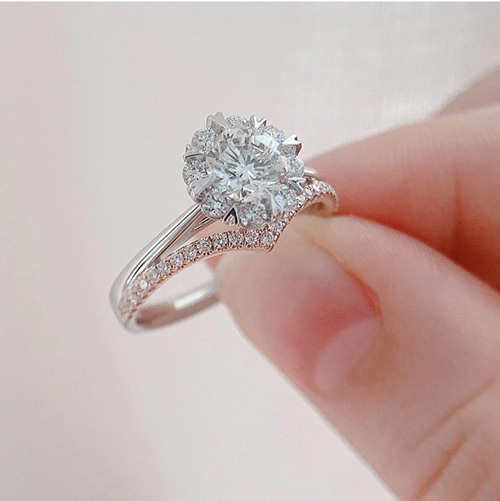 The main reason diamonds are such a big deal is that the mere purchase of the diamond, regardless of the carat size, is essentially a substantial financial and emotional undertaking.

The diamond is the perfect stone for celebrating big and small events and life’s moments, such as graduations, anniversaries, and the good ol’ significant life events like big proposals.

These stones are essentially the best way of representing big life moments that you wish to keep close to your heart forever. It is also a symbol of love, new beginnings, and commitment.

Since these life moments are to be kept close to the heart forever, there is no better way of doing so than with a natural diamond. The natural diamond is the real thing compared to the lab-created diamonds, often considered fakes. And this is the big reason why natural diamonds are such a big deal.

And so, in many ways, the advantages or the value attached to the diamonds depends on what the stone means or represents to you. It represents something irreplaceable and close to the heart of many people, which also means that diamonds are considered very valuable.

2. Rich history of the diamonds

While we became aware of the existence and the beauty of diamonds early in the 20th century, diamonds have been in existence for much longer than we thought, and they are believed to have been formed approximately 300 – 400 million years ago following volcanic eruptions that brought to the surface the diamonds. 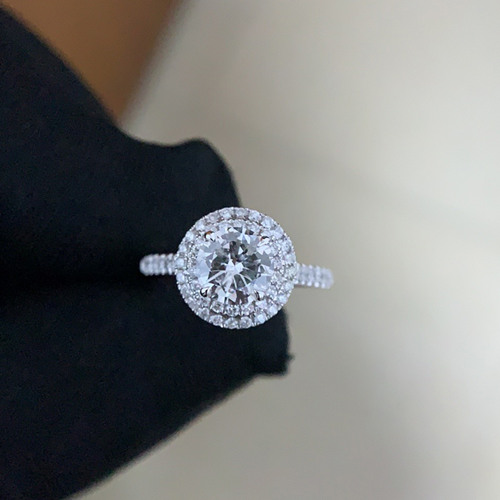 And for many people, the mined, natural diamonds are considered some of the most precious miracles from nature, which has to do with the incredible way that the diamonds come to be.

These conditions are believed to have come together, creating the most unique and rare specimens by Mother Nature.

Therefore, the diamonds’ deep history is one of the biggest reasons for the popularity of the gemstone and why it is highly valued. And its uniqueness is why the gemstone is associated with royalty and high power, especially across China and also Europe.

Such a deep and detailed history of the diamonds and how they are magically created under the earth’s surface is the reason for the high desirability of these gemstones.

Even though there are diamonds in the earth’s crust, the truth is that a large percentage of the mined diamonds have already been mined through intense processes such as the Kimberly Process, along with the diamond processing steps, thanks to the huge demand for the diamonds. 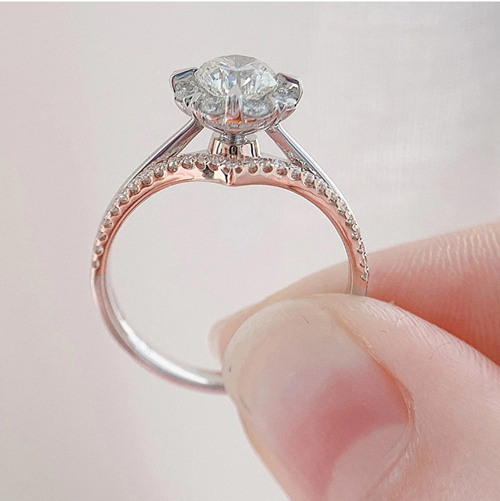 Diamonds are highly regarded because these gemstones can be very valuable and costly to purchase. However, the diamonds are just like a new car, and their value depreciates all the time, often up to 50% the moment you drive off with the diamond ring.

Therefore, the diamond would hold its resale value, even after some years of purchase. But the diamonds don’t appreciate in value, meaning that if you are looking for gemstones worth investing in because they will be worth more after some months or years, diamonds may not be it.

They will, however, hold some value, and diamonds are not entirely worthless at the end of the day. The best kinds of diamonds in terms of the 4Cs are incredibly valuable, though.

For a long time, as far back as 1215, diamonds have been worn as symbols of love and commitment, and this belief is one that dates back to ancient history to the Romans, who used them as betrothal rings. And in 1477, Archduke Maximilian of Austria used the diamond ring to propose to Mary of Burgundy.

6. They boost the local economies.

The other big advantage associated with mined, natural diamonds is that the diamonds offer a significant boost to the local economies and communities.

Mined natural diamonds boost the local economies through the direct support it provides to the local communities, the workers, communities, as well as their families.

Also, many of the workers in the mining areas and the communities they live in are helped out a great deal, thanks to how the economies around them are stimulated.

Some of the countries whose economies have benefited from the mined diamonds include Botswana, which was once one of the poorest nations in the world but is now classified as a middle-income county whose GDP has risen significantly, allowing for the country to offer free education.

And in Gujarat, diamond mining has offered jobs to at least 1 million people, and it has also funded hospitals and schools, ensuring that they get the best possible amenities. The Diavik diamond mine is located in Canada, where about 10% of the total energy is used from wind farms. 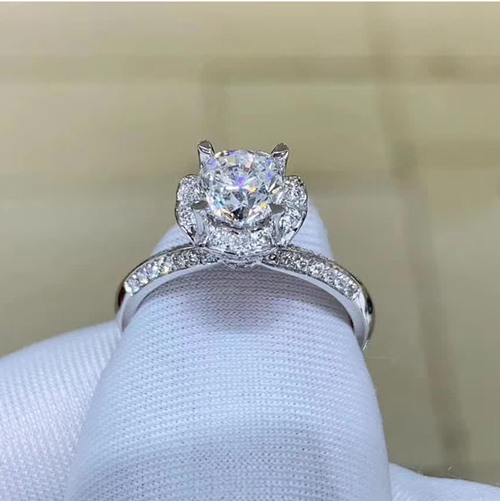 7. Not as unfriendly to the environment as advertised

So, as the lab-grown diamonds are mass-produced away from the US, their production costs keep rising, which also means that these diamonds made in the lab are not as eco-friendly and, in some cases, the mined diamonds may be preferable.

The other reason why the mined diamonds are highly regarded and mainly considered better than the alternatives, the lab-grown diamonds, is because of the overall notion that the real diamond is the natural, mined stone rather than the stone created in the lab.

With up to 68% of all US consumers of diamonds believing in this notion, it makes sense that mined diamonds are believed to be the superior stone.

The lab-grown diamond is not believed to hold the same value as the mined diamonds.

Contrary to popular beliefs, lab-grown diamonds lead to more carbon emissions than mined diamonds, especially because they require a very significant amount of energy and chemicals while being largely reliant on fossil fuels for their creation. 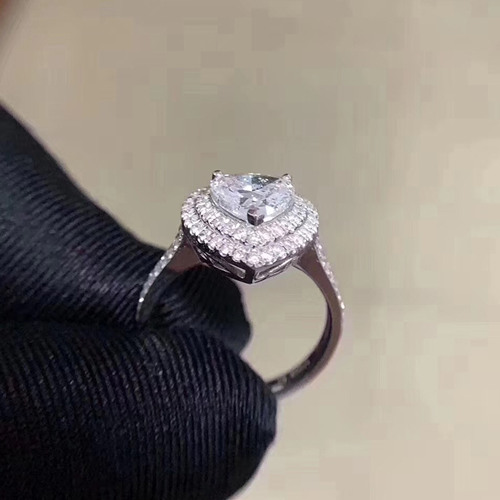 Often, this process is mainly reliant on the use of intense pressure and recycled water, allowing for the separation of the diamonds from the rocks.

So, chemicals are not used. And a large percentage of the mining processes today will have up to 83% of the water used in the processing recycled.

In today’s processes for mining diamonds, much less energy is used, which means that the carbon emissions are also reduced, which is less than the emissions from the lab-growing processes for the diamonds.

Therefore, modern mining has been shown to use up to 37% less energy than the previous methods for diamond mining.

Also, current methods for diamond mining will discharge at least 3 times less carbon than the carbon produced in the lab-grown diamond mining processes.

There is significant pollution associated with natural diamonds, especially in parts of the world where diamond mining is not that much regulated.

In these areas, water and land are polluted to a large extent, which might not be the most appealing thing about natural diamonds. 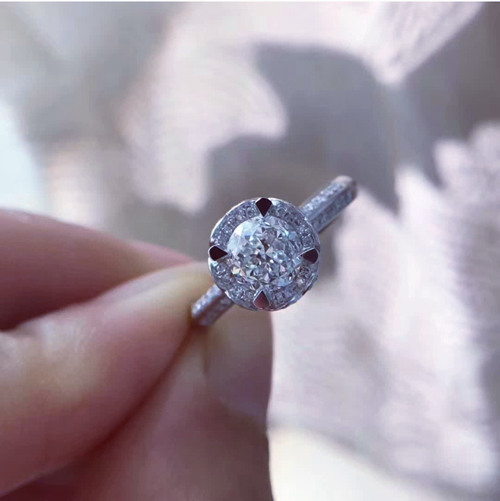 While high karat gold and platinum represent some of the best ways of holding money, mainly because the value of these materials always appreciates, the diamonds don’t retain or grow in value as much as the diamonds.

If anything, the value of the diamonds depreciates almost instantly after you purchase the jewelry, and even though you can still sell it for some money in the future, it will be worth less than you bought it.

That said, some natural diamonds can be incredibly valuable – this is the case, especially with high clarity, high carat, clear color, and elegant cuts for the diamonds.

So, if you are worried about where your diamonds come from, this might be a challenge with the mined natural diamonds.

The other disadvantage of mined natural diamonds is that these diamonds cost a great deal of money, and you would have to spend so much more than you would on lab-created diamonds. So, if you are worried about the cost of the diamonds, the mined diamonds might not be an ideal option for you.

The other problem associated with the mined diamonds is the risk of injury or even death in and out of the mines.

Why are Natural Diamonds Better Than Synthetic diamonds?