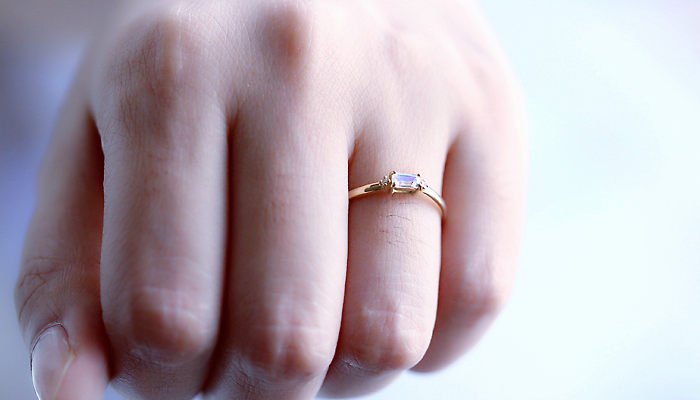 As you know the value and purity of gold are normally determined by the karats. That means the amount of real gold used in making it. The karats can vary with 24k being the purest form of gold, meaning there are no added alloys.

Low-karat golds have less real gold than the other metal alloys. 9k gold is a good example of this.

In such a case, you can’t help but wonder if 9k gold is real given the small percentage of real gold it has.

In this post, we will discuss what 9k gold is, how it’s made if it’s real, and its pros and cons. 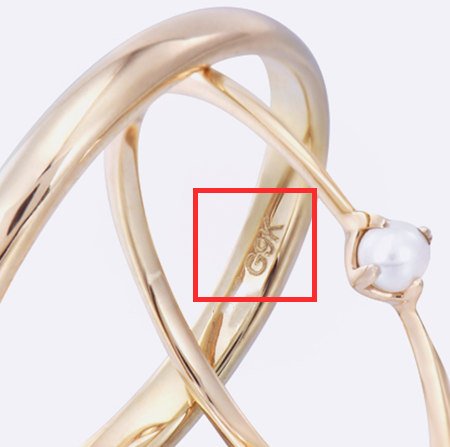 Ideally, 9k gold is a gold alloy that contains 9 parts real gold and 15 parts other metal alloys. In percentage terms that would mean that it contains 37.5% of real gold and 62.5% of other metals. Its color and shine are lesser than other gold karats. It’s commonly found in the colors white, yellow, and rose gold.

Because of its low gold content, 9k gold tarnishes easily compared to other karat golds. You can, however, easily polish it to restore its shine.

It may also cause an allergic reaction if you are metal sensitive, since it may have a higher chance of containing metals like nickel.

The Process of Making 9k Gold.

Making a 9k gold alloy, simply involves mixing 9 parts of real gold with 15 parts of differing metal mixtures. The common types of metals used are copper, zinc, silver, and palladium among others. The mixture of metal used in the 15 parts will determine the kind of color the 9k will be.

As for rose 9k gold, the pinkish hue is gotten from mixing the real gold with copper.

White gold, on the other hand, involves mixing yellow gold with white metals like palladium or silver.

The white 9k gold can sometimes be confused for platinum due to the shared resemblance, but platinum is normally harder in comparison. 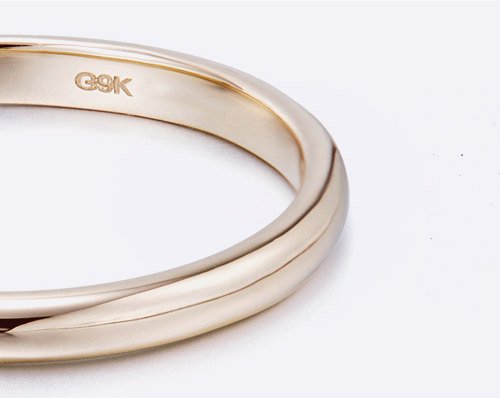 In most countries like the US for example, the lowest gold karat is 10. This means that 9k gold is not considered real gold in such countries. This is because of the small amount of real gold found in 9k gold.

Yellow 9k gold is also made of 9 parts gold and 15 parts copper and silver. Even though it doesn’t have as many other metals as 9k white gold, it still has a lower content of gold.

For that reason, it’s not considered real gold in the US amongst other countries. It is however accepted as the lowest karat gold in places like Ireland, Europe, and France. There they are used to make affordable gold jewelry.

Pros and Cons of 9K Gold.

9-karat gold may not be the purest or most highly valued gold alloy, but it does have some benefits outside of it’d disadvantages. The following are some of the pros and cons of 9k gold:

Both 9k and 18k white gold are made by mixing yellow gold with white metals. The major difference is the amount of gold content in each gold alloy.

That means that 18k white gold has a higher purity and value compared to 9k white gold.

Other major differences between the 9k and 18k white gold are as follows:

Although the color in 9k and 18k white gold is not completely white, the 9k white gold is a creamy white and paler compared to the 18k. Usually the higher the gold karat, the more lustrous the alloy is. Also, the color tends to be more intense for higher karat gold.

Pure gold is soft and malleable and can be easily scratched, which is why it’s mixed with harder metals to make it harder. The more the number of metal alloys added the harder the gold becomes. 9k white gold is, therefore, harder and more durable compared to 18k white gold. It will take longer to wear out because it has more metal alloy and less gold.

As mentioned before, 9k gold has more metal alloy content than real gold. For this reason, it will tarnish faster compared to higher karat gold.

Its tarnishing is, however, not as obvious as tarnishing silver. Most times you wouldn’t be able to tell if the 9k gold is tarnished until you compare it to a newer one.

Also, it’s worth noting that 9k rose gold tarnishes faster than 9k white gold, due to the presence of copper in the rose gold.

Nonetheless, the beauty of 9k gold is you can easily polish it to get rid of the tarnish and restore its original shine.

Should You Buy 9K Gold Jewelry?

In most places, 9k gold jewelry is not considered real gold. It is still, a better cheap alternative for gold jewelry as opposed to the gold-plated kind. It’s all about preference and not other people’s opinions.

You should buy 9k gold jewelry if you are on a limited budget. It’s also suitable if it’s something you will not be wearing daily, that way it won’t tarnish easily.

Additionally, if you have pale skin, the softer color of 9k gold will compliment your skin better than the intense colors of higher karats.

Do not buy 9k jewelry if you plan on reselling it later on. While it may hold its value, it doesn’t have much of a resell value. Also, avoid buying it if you have metal sensitivity, to avoid chances of reacting to it.

In such cases it would be better to buy between 14-18k gold, they have higher resell value and less likely to react to your skin.

Despite having the lowest gold content, 9k gold still has its benefits. Whether or not to consider it real gold is a matter of preference. If cost is more important than purity of the gold, then you should have no problem buying 9k gold jewelry.

Read more posts, please visit this page or this page!